This is for all clans. Whoever feels man enough to take the jobs at hand go for it. You'll be paid. Weather its for your clan. Or you feel like doing something for another clan, trying to get in with good favor. You know all that good stuff. Do what you want, and do what you have to. These jobs will offered your life..or other punishments. Upon failture. Such is the Yakuza code.

Location: ( Where it will be located, I. E. room on IMVU)

Reward: ( What will be gained for doing the task.)

Yo, what's up. It's me Wayne I got a favor to ask of you. I dont care who takes this job, just come see me. Just recently a new gang who been calling themselves the chosen one's have been stealing profit out of this store down in D1. But not just any store it's a famous club called Night rider which brings in a lot in the pay roll if you catch my drift. But after these "Chosen" Bitches took out my men I have no power to fight back so I'm putting out the deal of a life time for anyone who wants in, if your able to do this favor for me the club and the Profit is yours but be carful these men are very dangous including their leader who is able to control the bones in his body, WERID RIGHT! 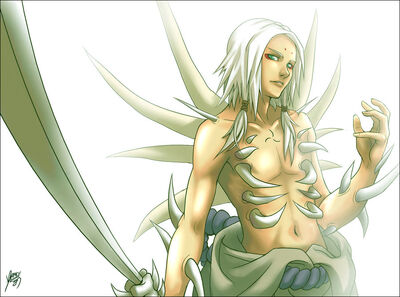 Difficulty: 8 ( The leader will try t single you out along with his men.

The Darkness I was born in it.Edit

Retrieved from "https://yakuza-mob-roleplay.fandom.com/wiki/Yakuza_Quest_Board?oldid=39973"
Community content is available under CC-BY-SA unless otherwise noted.