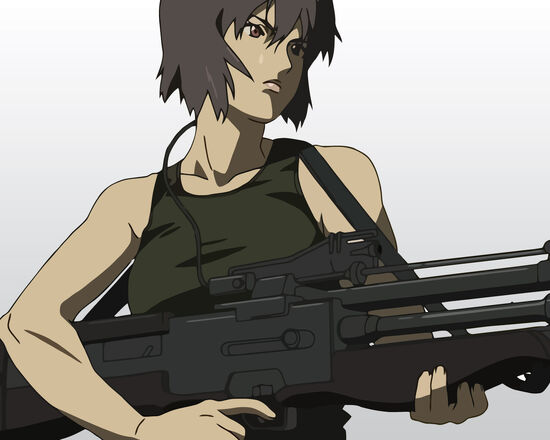 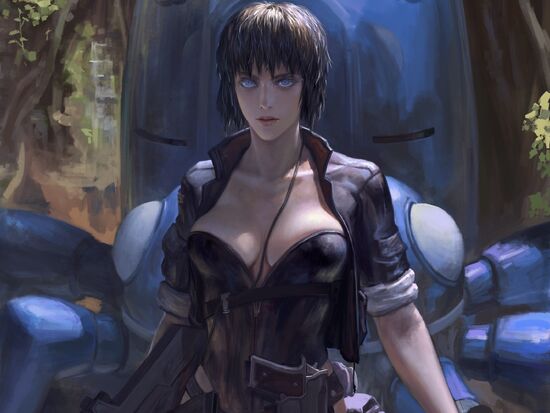 Diesel. You know because she's an Android.

Xochitl is very somber and indifferent. Acting alone can result in impetuous decisions, however Xochitl never thinks about the consequences. When she feels threatened, her system can exhaust-itself or shut down completely; thus leaving Xochitl at a disadvantage. Because the Android already went through her inquisitive stage, Xochitl minds her business and rarely asks questions she feels will not be 100% beneficial.

Xochitl has thin, long legs that aid her in running, as well as wide feet for balance. She wears a scope-like accessory over her left eye which displays messages, tasks and other information inside the screen. The eye in which you can see is a dull red, surrounded by numerous thick, synthetic, lashes. Xochitl's hair is made from a horse's mane, a phosphorous and charcoal black color. She keeps her hair in a high ponytail for strategic purposes. The 'droid's bodysuit covers from her ankles, up to her wrists and mid-neck. It sends electromagnets throughout her core and fits more-or-less okay. Two tubes connected to her right thigh help circulate Diesel and other fuels/gases. Her boots are plain, ankle-length and tied tightly so she won't lose them during a mission. Xochitl sports gloves that help her grip her baby, an AR-15 rifle.

As for the details of Xochitl's face, they are severely average and don't really need that much credit. Simple nose, lips, eyebrows. Her skin is a plush ivory color, brushed on with the finest paint (unfortunately for Xochitl, she has to go in to get it re-done every month or so, otherwise it will peel off and chip away).

Androids don't normally date, do they?

The AR-15 Rifle! Xochitl loves guns, with the right training, she can handle many different types.

Oh, also that Pablo kid down the street.

I'm working on writing this, but I will have to finish it at a later date.

After Kin had her upgraded back when they took over the Keeg Club! -Ark16

Retrieved from "https://yakuza-mob-roleplay.fandom.com/wiki/Xochitl_M-04?oldid=29475"
Community content is available under CC-BY-SA unless otherwise noted.