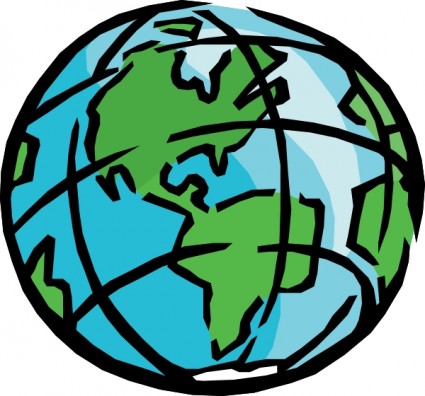 Canada: As World War III raged around them, Canada held their own,  strengthening their army and securing their borders. The Canadians decided, as the war began, not to participate as they had nothing to gain. Even as America, fell the Canadian army held their borders against their enemies and in the ending days of the war, made an uneasy peace treaty with Japan. The japanese would cease assault of the Canadian borders if the Canadian goverment agreed that they would ally themselves with the japanese in any future wars and would allow for free trade between their countries. In the long years after the war as the world was recovering, Canada prospered from its untouched land and opened trading with the now half global empire of Japan.

The Republic of New Mexico: During the height of the war, New Mexico seceded from the United States and formed its own goverment using the confusion and the fact that America was focusing its war efforts on keeping China from entering its borders. The now Republic of New Mexico quickly attacked Mexico, crushing its goverment and army in one fell swoop as their soldiers marched on the unsuspecting Mexican governement. Quickly emulating Mexico's remaining troops into their own fighting force, the Republic of New Mexico secured its newly obtained borders and weathered through the rest of the war even repelling multiple attempted assaults by the Japanese. After the war, the Republic of New Mexico became a militaristic state, stockpiling arms and munitions and scavenging what experimental technology they could in order to replicate it and create weapons from it, eventually becoming a major world power in the world at large in the current day.

New United States: After the war and Japan's conquering of over half of the world, those living under Japanese rule in the central and eastern United States became restless. After years of waiting and planning, they rebelled driving the unsuspecting Japanese back to their main foot hold, KasaiHana City. After driving the Japanese back, the people of the New United States created walled cities interconnected by long walled roads. The areas outside of these cities and roads became wild, untamed places as time went on (think the old west but with better weapons and more rape and cannabalism).

United Kingdoms: In the early days of the war, the UK was conquered by China and stripped of what little resources it had, eventually being abandoned as a useless husk with a large population and little to no food remaining towards the end of the war. After the war, a cult arose known as the Cult of the True God. Using the country's withered and broken state to their advantage, the priests of this new religion set themselves as men of power ruling over the British people claiming to be those who are "truly beloved by god" whom god sent a message to saying that they were to inherit the earth and all its riches. Making the men who helped them to rise to power known as "truly beloved by god", they set a new social order with those who were truly beloved by god, ruling over those who were not, thus the United Kingdoms entered a dark time; a time where rape and murder and slavery by those who ruled the land ran rampant so it remains until this day, silently building an army  to one day spread their religion across the world

Ukiyo Island: The floating, utopian city measuring three times the size of Hawaii with the ability to house tens of thousands, was built by a conglomerate of the rich and famous in the early days of the war in order for them to escape the main brunt of the fighting. After being built, it was quickly commandeered by the American military which used it to house the world's greatest scientists along with their families during that time, leaving them with a small but well-trained number of troops. They set the island afloat in the South Pacific Ocean where it remains floating until this day. As time went on, the population of the floating city flourished and its citizens focused on the advancement of science as their ultimatum. Being left relatively unharmed by the world's goverments, it remains afloat still, housing the greatest scientists of the New Era, developing experimental technology for the world in order to better human life regardless of nationality.

South America: Not much is known about South America in the current age. All that is known is that all communications from the country ceased shortly after massive fire bombing raids were performd on the continents major cities toward the end of the war. Known now as a deadzone of the world, it has yet to be explored; atleast not succesfully. Exploration teams sent to the continent have all dissapeared  in some cases along with the military escort that was sent in to protect them.  Stories constantly circulate about it being an unholy place now, where wild tribesmen and unknown beasts roam. The exploration attempts ceased in the year 2100 after severe loss of personel from the attempted exploration of the continent.

Japan: The spark of World War III was lit by Japan though those outside of its goverment at the time would know nothing of it. Seeding doubts between China and America in the days before the war they slowly created a rift before feeding false evidence of attack plans to other countries and igniting the fires of war. Through careful speech, Japan was able to convince both sides that it was working under them by gaining information on the other, essentailly pretending to act as a double agent for both sides. In this way they were able to stay largely unaffected by the war and receive military assets from both sides for the means of "defending themselves". Staying quiet, the Japanese waited for the right moment to take action. With America, China, and most of the world in disaray from the war, the Japanese struck their troops quickly conquering the Eastern Hemisphere and most of the Western Hemisphere in an unbelievably short amount of time.

Russia: Though officially under Japanese sovereignty, Russia was never truly conquered even after the breaking of its Central Goverment and the destruction of most of its military power. The russian people and the remnants of its military moved into the deep wildernesses of Russia, building small homesteads and continuing to harass the Japanese colonies within Russia to this day.

Neo Washington: Neo Wasthington is america's attempt at recaptilizing it's nations captial. An exact replica of previous Washington, but up to date with the modern times and technological advantages. It is here where President Yani resides, and elite gaurd as well.

Retrieved from "https://yakuza-mob-roleplay.fandom.com/wiki/World_at_large?oldid=51334"
Community content is available under CC-BY-SA unless otherwise noted.