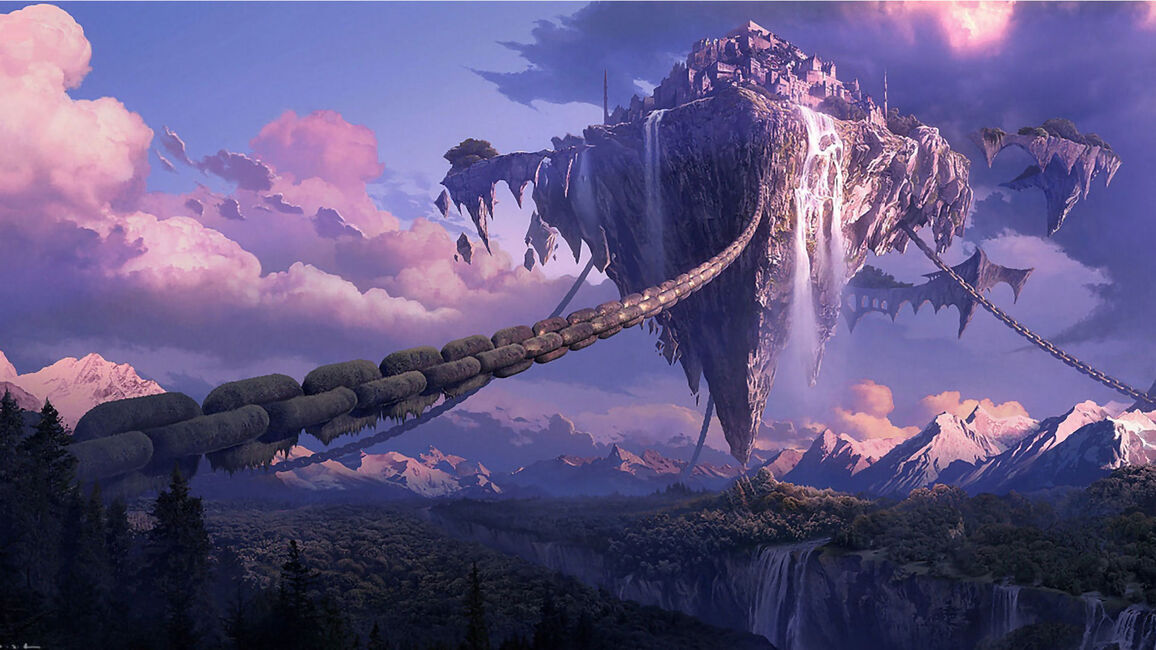 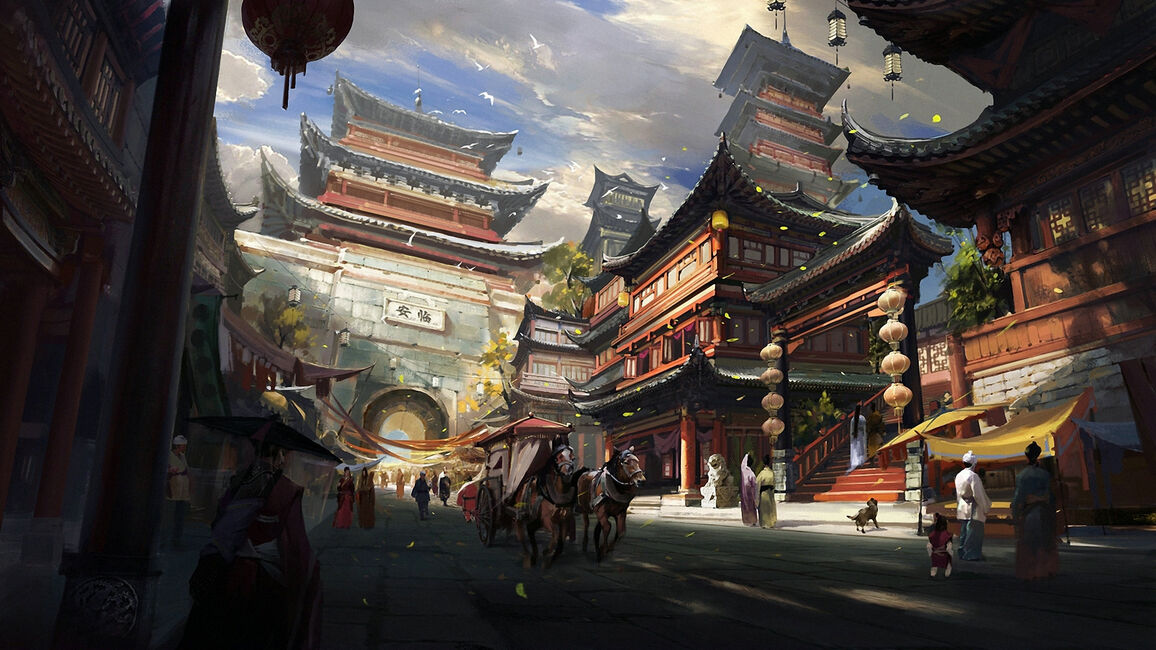 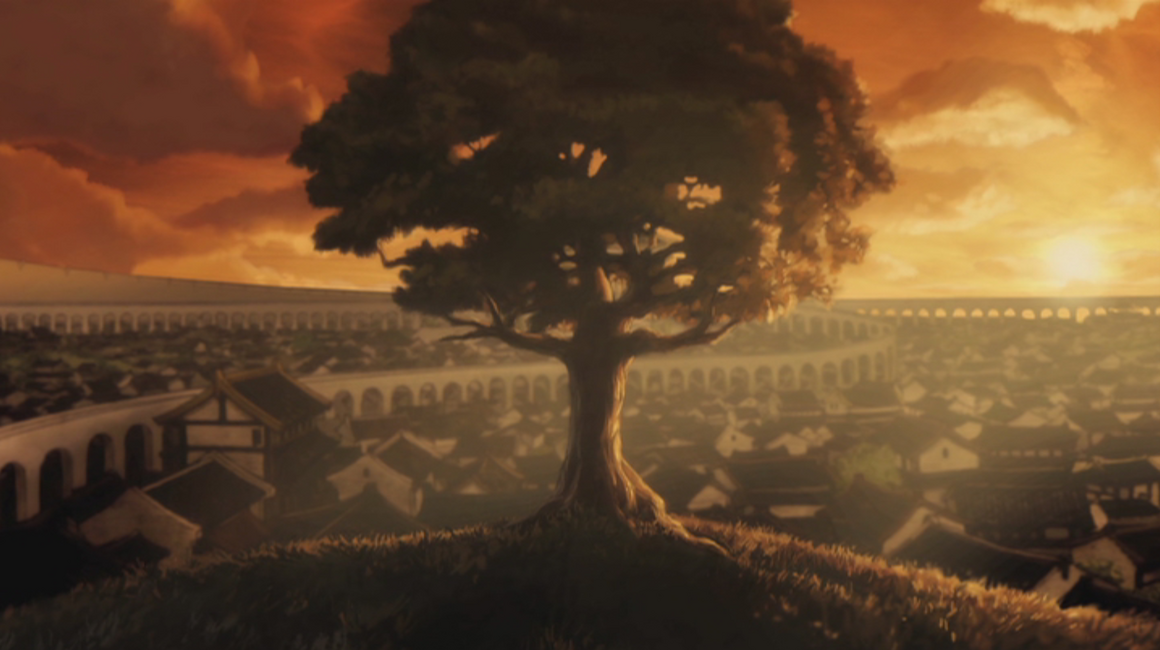 Ukiyo Island:   The floating, utopian city measuring three times the size of Hawaii with the ability to house Millions, was built by a conglomerate of the rich and famous in the early days of the war in order for them to escape the main brunt of the fighting. After being built the Science teams that had come aboard were then taken by those of the ' royal ' family. And were made to create things that they wanted without the Scienticst say so. The Noble Familes of Ukiyo Island wanted to surpass there human bodies and morph the leading Noble believing that humans were animals themselves, but were incomplete, that humans had so much more unlocked potential and he wanted to open it so all could see. But he failed evantually however something else occured. After the cities 30th year birthday, a strange star near the sun and a fragment of that star hit the earth, and landed next to Ukiyo island, taking there time to investigate it. A being known as ' The Echo ' Appeared before the rich and nobles of the city. The Echo took a liking to this city and the inhabitnats within telling them that as long as he reveled him as there god, he would make sure that the outside world never disturbed them. And so they did. The Main Noble families being granted with what they desired in return of them discovering him, and bringing him to there small civlillization.  Ukiyo city is now on it's 8th generation and growing heavily 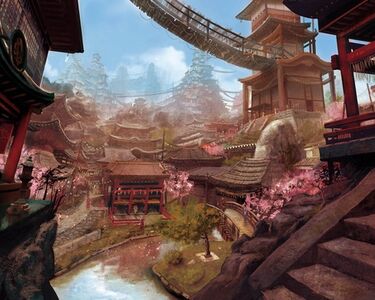 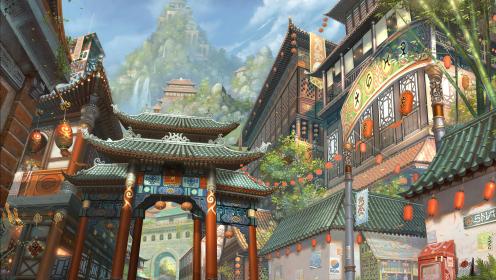 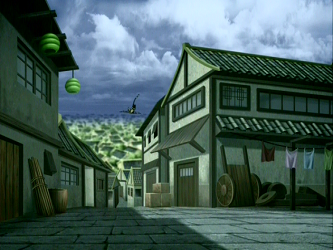 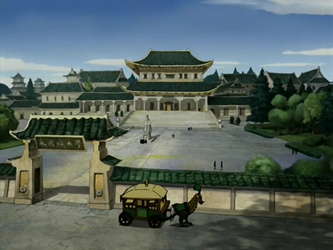 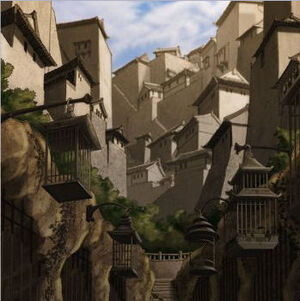 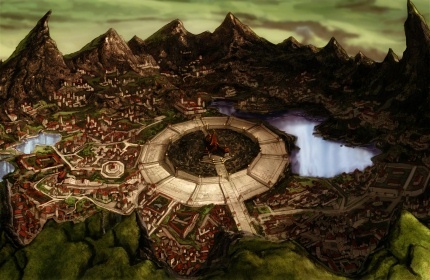 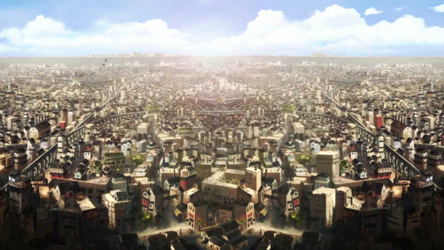 With the Echo's mysterious and unknwon power he granted the Noble founding families with powers that they desered. A man by the name of Jet law had asked that his family be created through a sort of Simian physilogy. Jet law is also the man who had been pushing for the animal splicing to commense over the inhabitants of Ukiyo city and so he sort of got his wishes in the end. Despite that the 3 Noble families were granted extreme power. The 3 families with The Echo's power have mutations that increases their abilities to supernatural levels and gain supernatural abilities that rise the user to godlike power-levels. Jet Law changed his name to ' Songoku ' And his family along with the power granted to him was bestowed with a Simian Physiology. User with this ability either is or can mimic/transform into simians, the Old World monkeys and apes, and the New World monkeys. Giving them monkey like features and apperances. 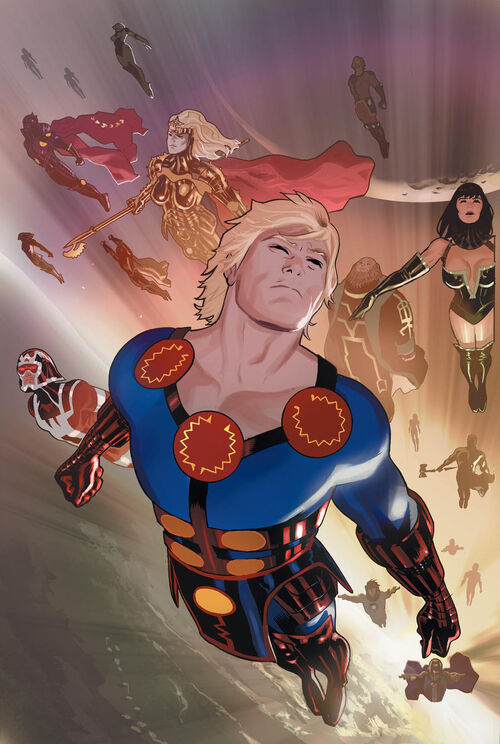 The Main abilites of those within this tactile are based heavily on Tactile Telekinetic powers. The user's body is completely surrounded by an invisible field of telekinetic energy, protecting them from harm and enhancing their physical abilities. This can also be used to manipulate objects that are on the same surface as the user (such as the ground) or to fly by pushing their own body through the air (this usually requires effort though). Giving most of the Inhabitants here the ability to fly, and the ability to appear like they have super human strength. However with The Echo's power they only have these abilites within this small little city like world they have created and any who leave this lord may lose there powers or very much so die.

The Sungoku Family: The Sungoku family is the family the rules over Ukiyo city in a since and The King is Entiled ' King Sungoku' Dropping there first names once they reach the status. They are noble and formiddable in combat due to there ape like abilites and powers. This family also owns and commands over the family.

The Family of Gemini: Lord Antonious leads this family, they own the fighting rings and help run the economical systems of the city. Never the less this is the family who uses there abilites with air to dimish there foes. It is also known that The Family of Gemini always have tiwns due to there mutation into god hood. They Can also shape shift, and manipulate mercury.

The Family of Leo: This family is the family of strength and pride, they are over the work force, and offer the jobs of the city, they also run the Districts and the family known to be the royal advisor of the Sungoku family. They have the power of the Lion, and can manipulate solar flame in combat.

Ukiyo Island is divided into several major districts, with inhabitants sorted in various walled "rings" based on economic and social class. These range from the Lower Ring, a place of ghettos inhabited by refugees and the poor, to the Upper Ring, home of the Kingdom's ruling classes and the rich. Travel throughout the city, in addition to entering and exiting it, is provided by large, earthbending powered monorails, constructed right before the wars. The monorails meet in large transit stations, are free to the general public, and make travel within the city much easier. Citizens are free to travel between the High grand, the Low Grand, and the Middle Grand. The Upper/ High Grand is a particularly exclusive area of the city; it is restricted to citizens with the personal invitation of a citizen of the Upper Ring, the government, or the Ukiyo King himself.

Low Grand: The Lower Grand is home to the poor classes of Ukiyo's society and the majority of its population, much like Kasaihana city. As the thir war was on the horizon, the founders of this city allowed thousands to come along with them, these consisted of newcomers to the city, including its multitude of refugees. Most of the Lower Ring residents work with their hands as artisans, laborers, and craftsman, while the rest are merchants and food vendors. Due to the impoverished state of the citizens of the Lower Grand, as well as the influx of refugees, the crime rate is significantly higher. The Lower Grand is also the most densely populated area of Ukiyo. Buildings in the Lower Grand are generally small, because the Lower Grand houses the majority of the populace and many people need to be crammed into the space available. The roofs of most buildings in the Grand are brown tiled, indicating the poor status of the owners. The Lower Grand's status and poverty have remained unchanged over centuries. While parts of it were modernized after the Great War, mainly transportation and communication, the Lower Grand has further deteriorated into an overgrown, overpopulated slum with a foul odor, detectable from an airship overflying the area. It is impossible to travel from the Lower Grand into the Upper Grand without a valid passport. After the assassination of the Queen in 2055 Jet Law used lava manipulation to take down the wall that separated the Lower Grand from the rest of the city.

Middle Grand: The Middle Grand of Ukiyo Island contains the city's middle-class populace. Inside this ring are a vast assortment of shops and restaurants as well as the financial district and Town Hall, one of the oldest buildings in the Middle Ring. Ukiyo University, a great repository of knowledge and a key landmark of the city, is also located in this area. The buildings of this Ring are larger than those of the Lower Ring, and the roofs are tiled green. It is generally wealthier and has a more peaceful atmosphere than the Lower Ring, and there are many flowers and trees. Citizens of the Middle Ring are free to enter the Sungoku Zone, Lower Ring, Middle Ring and the Upper Ring without needing permission.

Upper Grand: The most affluent of the three rings, the Upper Grand contains the city's upper class population, as well as military and government officials. The most important citizens of the city reside here, protected against criminal activity by the presence of the Sungoku Army. The Royal Palace is located in the center of the Upper Grand, within its own walls. The buildings of the Upper Ring are generally huge walled compounds, much like small versions of the Earth Kingdom Royal Palace itself, and the roofs are done with yellow tiles to symbolize the richness of the building and its owners. Upper Ring citizens are free to go wherever they please within Ukiyo Island.

Ukiyo Island is the Home to King Sungoku, ruler of the Earth Kingdom as of recently the king has become terminaly Ill ( As of Ark 24 ) And his royal advisor Lord Leo Runs things mostly while King Songuku is not able. So Lord Leo, using the Sungoku Army, has enforced strict laws within the city, designed to keep him in power and keep knowledge of the King's condition to the city/civillization from the public. It was absolutely forbidden to mention the King when he is around , and those who did were arrested and re-educated in secret Sun Goku facilities to make an example out of them.

The Sungoku Ukiyo Guards of Ukiyo Island serve as personal protectors of the Ukiyo King. They wear dark green armor with a green plume on the top of their helmets and are not affiliated with the Dai Li or the military. They are seen guarding the Royal Palace and acting as the gate keepers of the city so none may enter inside. They are armoured in Japanese style Samurai gear and they vary from guns to Vibro and plasma powered weapons. 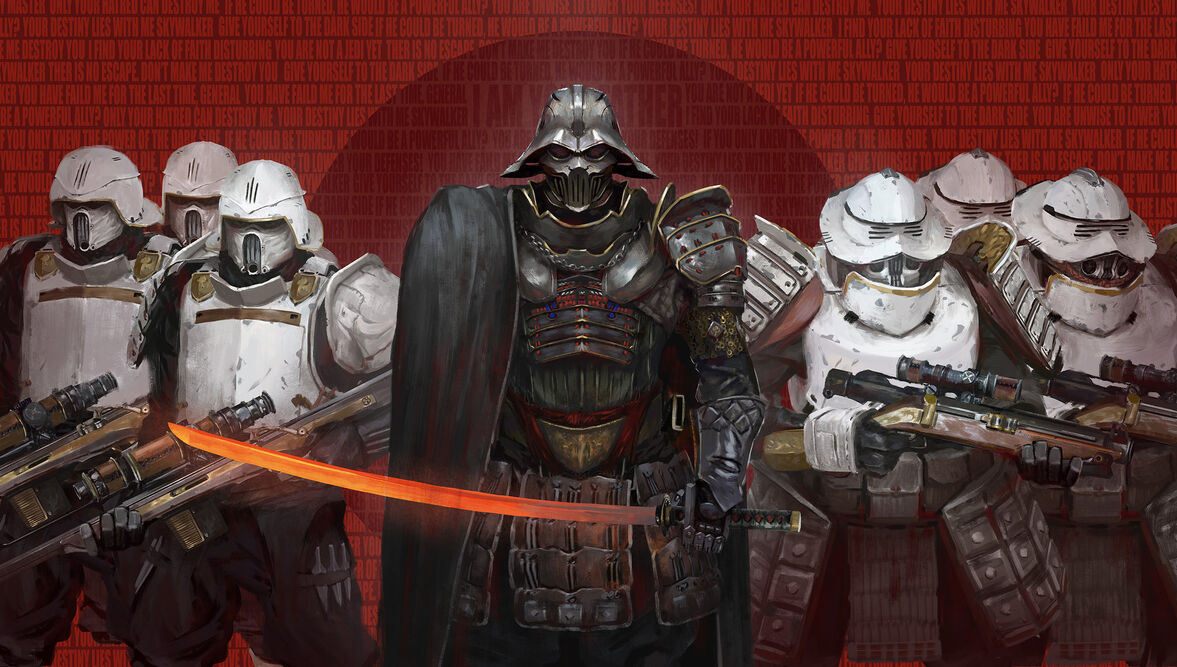 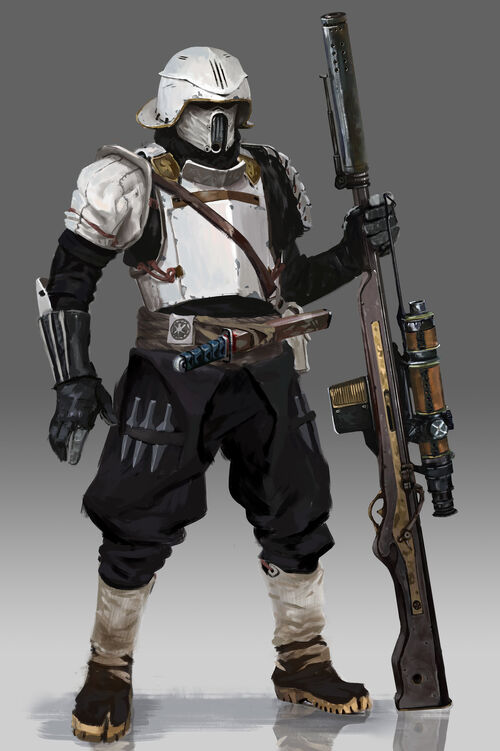 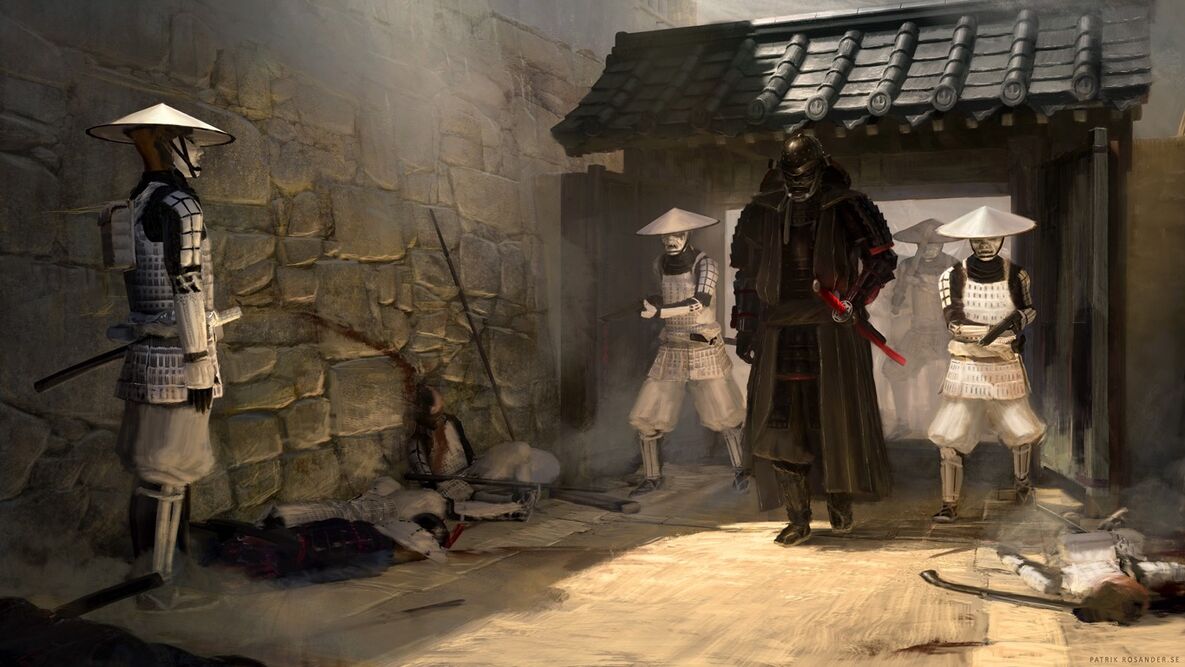 The Blitz Team are an elite organization of Warriors and formerly the secret police of Ukiyo who worked to capture, interrogate, and imprison political dissidents. They were created by King Sungoku the second after the peasant uprising with the aim of "protecting the cultural heritage of Ukiyo Island". Instead, through the careful political manipulation of Sir Gemini the 2nd, they became the illegitimate governing force of Ukiyo Island. 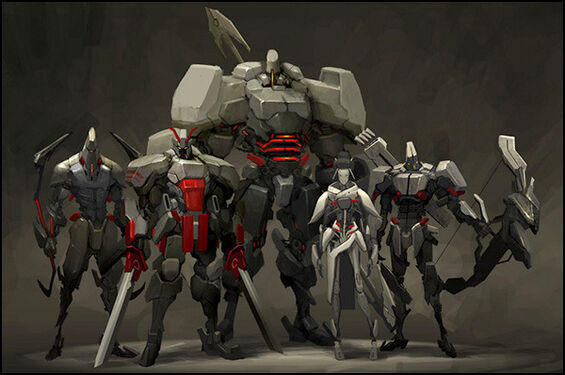 Add a photo to this gallery
Retrieved from "https://yakuza-mob-roleplay.fandom.com/wiki/Ukiyo_Island?oldid=44096"
Community content is available under CC-BY-SA unless otherwise noted.