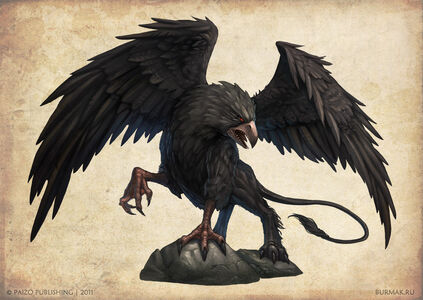 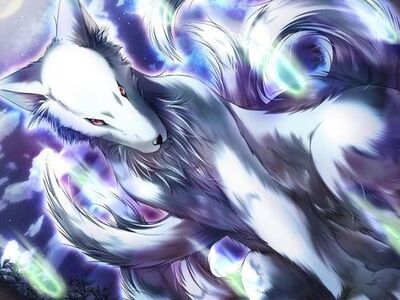 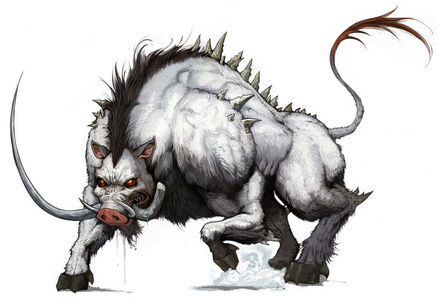 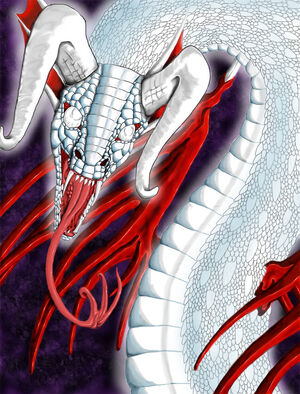 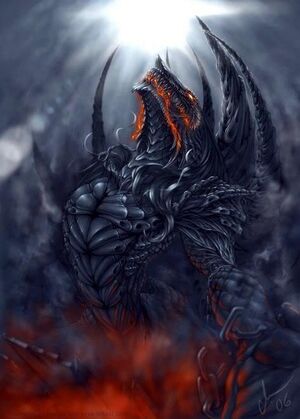 Garyx
Add a photo to this gallery

The Back ground history

Native to Earth and a product of thousands of years of evolution, the origins of the First Civilization are unclear. Scientists have simply stated that they "came before", and were responsible for the creation of humanity, forming the species in their own image to be a capable, but docile workforce. These were the Shinto Gods. The Unholy Six. Is what they were called. Crafted from the god of Yomi, Susanoo. Saddend over the death of his first child. He created a boy out of his son's image. Bribing a raiju and crafting the body of the boy out of clay. He fused the essences of this raiju into the clay allowing it to take the shape as a man. Susanoo stole a set of 5 stone Raiju's (((("thunder animal" or "thunder beast" whose body is composed of lightning  with the form of an animal. They may also fly about as a ball of lightning in fact, the creature may be an attempt to explain the phenomenon of lightning.))) from Raijn the orginal god of Lighting when his back was turned. Only for the cause of creating  his warrior children that he truly desired. Think of it as the general base of there exsistance. They were all lesser versions of God's. Though there orgins of power were strickly based from lightning. Evantually they began to depart from this orginal variation of there abilites. Taking on new ones to master to be there own 'person.' Soon enough he would have made the other five were crafted in the same fashion. They would soon become susanoo's greatest warriors and his most beloved children. One of them with the power of the wolf , pride infilled with the ability to cast lightning from his form. The other a snake, using the powers of darkness and poison to destroy there enemies. The other the power Bull being the other, his strength having no rival. The Bird as well, the intellect of an Omnimath who's intellect would cast over all that stepped before it. The monkey,who's martial skill had no rival in forms of formal combat and trickster tactics. And the Dragon of bestowing power that none could match. These were his children.

Similiar traits that they have

Current Families That Own Each Oni 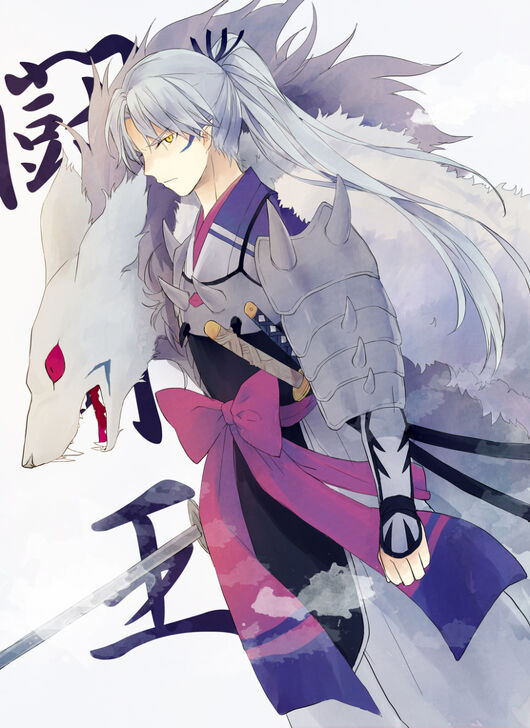 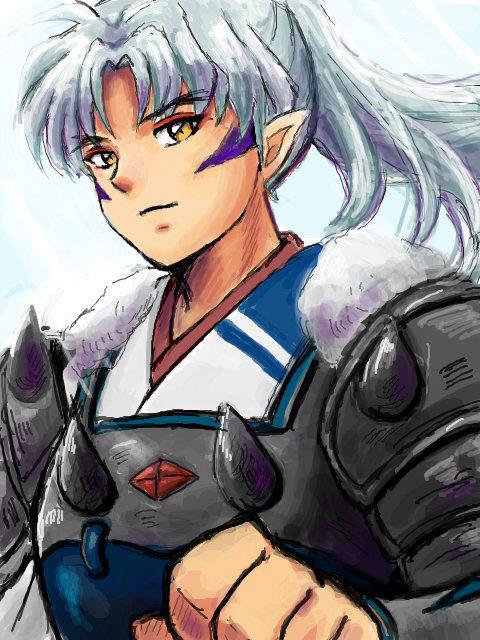 Originally, Okami took the form of a man in the spitting image of his creator; they lived in Yomi where Susanoo trained Okami in his godly ways of combat. He trained him in the ways of martial arts, then bestowing Okami with the power of Lightning, one of the main abilities that Susanoo had to his possession giving it to his first son. Okami was modest, and calm natured following whatever orders that his father may have given him. He was a solider and simply wished to please his father no matter the consequences. When earth began to adapt into its first citizens Susanoo instructed Okami to defeat a power Sea Ogre that had been plaguing the sea, Okami obligated and took out to the sea where he defeated the creature with ease. In grace his father presented him with a wife originally where they lived together for 500 years. Okami soon took notice ro his father’s ever growing hate for humans and there pathetic wars, though at first Okami did not see eye to eye with his father on this standpoint, he saw the humans as intriging, and wanted to intereact with them, he loved them at first. By now he had 5 other brother and sisters (The Other Demon gods.) Susanoo along with the other Gods came to a realization that this world wasn’t going to last much longer with man’s ever need in death and destruction. So… they left, and stopped assisting and helping to create in a better future for man allowing them to fend for themselves. Okami went to his father before the god’s departure and asked that seeing he was the elder of the Onigami’s that he be named the new God of Yomi until his father’s return. To his avail his father denied him of his request leaving Okami in a distressful state of anger that he actually lashed out on his father, along with all of his brothers and sisters. They all battled Susanoo for their brother’s right as King of Hell yet all lost to there all powerful father. Defeated and ultimately weakened Susanoo killed Okami’s wife, and all of his children except for Okami’s darkest son which would soon breed onto many generations untill creating a man by the name as   Oda Nobunaga  was born (one of Okami’s decents). With him killing all the children of Okami's blood line that were just naturally good natured or better yet those under the Chikara no hadou, it forced him to watch his last bit of family to forever be trapped in the loop of war, evil and death. But it was not over. Susanoo then cursed Okami and all of his siblings into animals of their natures or personalities and then taking his leave with the rest of the Gods.

Okami, now angry and stuck in this demonic form of a beastly wolf. Forced to watch the last bit of his family from afar as they were forced and thrown into war after war, death after death it drove his immortal mind into insanity. The Once proud warrior who won many battles for the sake of his father’s honor was now a mischievous and demonic animal who cared for nothing but his happiness and contentment of torturing the humans in his sick games. Okami is lost, and no longer has a purpose in life and hasn’t had one for 1000’s of years. 2,000 years after his father cursed him he found the man known as Kiken Tasanagi of his original blood line. Kiken prayed to the ‘Demon God’ of lightning in hopes that he could grant him the ability to win over the love of his life. Which he did, placing himself within the male. He got to see what it was like to be human once more and decided that he’d stay within the body of the Tasanagi one of his first blood lines.

Now in the future he is now up to these antics, no one has ever tamed Okami, thus he would take over them completely eventually allowing him to have lived many lives in the forms of humans. Once he had a vessel he could shape them any way he wanted, originally he’d make them look like he used to when his father gave him his humanoid immortal body. Okami simply wishes for entertainment, and a purpose. Keyome Tasanagi has been one of the few humans to ever tame an Oni, and the only one in Okami’s blood-line. Okami hates men, and has a strong compassion for women. He also hates weapons and seeing that he’s in the future he hates anything that revolves around anything of machinery. Serious at first he is known to be a joker, often saying ‘Foolish Douchebag’. Okami loves combat and is always looking for a fight. But unlike his brothers and sisters murder isn’t his forte.

This story... however may Not be True. It was taken from Old Texts on the Onigami's long ago.

Oni Washi or also known as the Omnimath Oni, was a great and powerful oni, who was revered for his inante knowledge of...well everything. Washi was obsessed with knowledge, in fact so much so he had a lust and craving for it. During his creation, he also originally took the form of a man, more noteably a scholar, but quite a selfish one. He sought out knowledge,  knowledge that some were meant to know and some that mere mortals shouldn't have dabled in. this mattered not to him, and one day he was found studying the acient shrines of the gods, putting together complex algorhithims and formulas, that would allow him to also become a deity on the same level as them, and obtian knowledge that spanned the very cosmos. Amatarasu was aware of this...and admired it as well. As such he greeted the scholar and cursed him with the form of a bird fused with a beast, who's job was to do nothing but gather and seek out endless amounts of knowledge until the end of his days. This job was odd for an oni, who's initiative was combat, however Washi was more of a mentalist. As the years progresed, it was Oni Washi who inspired Tsun Zu to write The Art Of War, and he also played a key hand in creating the aceint war stratgies that were made famous by Rome and Greece. The influence spread MUCH further during the wars of america's which created gureilla warfare. Washi's knowledge continued to grow, and grow, until he'd gain t he title omnimath which didn't sit well with everyone. Omoi, was not happy that someone else, more so an oni of all things was starting to gain more knowledge the he, the actual god of knowledge. As such, Omoi concoctued a 1,000 year plan that would permanantly seal Washi like the rest of his brothers and sisters. He lured washi into a trap, spreaind word of knowledge that spoke of a legendary Tengu artifact that was said to be able to change the directions and tides of the sea. Washi did not want this artifcat outright, but wanted to document it for future purposes. The artifact was an orb, and when oni began to study it the orb started the glow and split apart, until it unleashed a bright light! The light consumed Oni Washi and sent him plumeting into the body of a new born baby boy. that was the fall of Oni Washi.

HIs specialty isn't combat, but knowledge and observation. Washi is heavily observent,and rarely misses the smallest of any form of detail what so ever. He dosn't hate humans nor look down upon them. On the contrary, he admires them as they are neveer set in stone, and are ever changing. Like an infamous source of inforamttion that even to this day he's still struggling to learn and comprehend.  As such he takes  in noteable sources of informtion, his quick eyes allowing him to read books in seconds, and has a high perceptive rate that makes most oni's jelous at times. HIs demeanor is calm, and he is rarely aggitated, always trying to keep a clear mind, but when enranged, his mind only accelerates faster speeding his thought processes and obtaining a tranquil fury umatched.

Retrieved from "https://yakuza-mob-roleplay.fandom.com/wiki/The_history_of_the_Demon_God%27s?oldid=41746"
Community content is available under CC-BY-SA unless otherwise noted.