The Savage Lands Roleplay Wiki
Register
Don't have an account?
Sign In
Advertisement
in: The Sectors, Organization 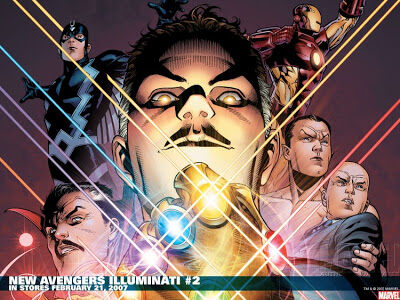 After world war 3, the world had been in such a crippled state that the world powers came together to create one government. This government was called ' The Primis. ' The Primis had spanded over various nations and there poltical leaders to form this world power that was later known as The Primis. And with the tools combined from each nation they were able to create an agency over all the worlds governments. These were known as ' The Sectors'. These "Sectors" were to uphold world peace no matter the consequences. Founded three years after ww3, The first task Primis had was to come in contact with Alien life, though they had failed... or so they had thought. An unknown entity came in contact with them after 15 years of trial and error. They classified the being with a code name of " Raziel" due to his immense knowledge over there world, though he had never set foot there. His power had been beyond anything they'd ever seen. Raziel was classified as a 4th dimensional being and despite the diemensional barrier between their worlds he was still all knowing of it, and could even manipulate certain aspects there. However even his power was limited and he could not pass over to earth.

Soon Primis had used there technology to bridge a gap from Raziel and his world so that he could come to the planet earth to assist Primis after there long distance partnership. Raziel was made leader of the Sector known as Sector G.O.D upon arrival, and once he'd arrived he decided to take a human form after viewing the other members of Primis. Each memeber of Sector God, takes on what the human mind perceives are the powers of god. Agent Light, the power of light and life. Agent Aeon, The power of Space, and time. And Agent Death whom controlled the aspect of all things death. Raziel had created these other agents from his own person, due to himself being a 4th dimensional being. The others in Primis had never seen anything like this before and were terrified of this creatures power, yet they knew of its worth still. Raziel had the strongest power amongst them all, known as' Mircale. ' He could shape things, change things, manipulate things, and create what had never existed. However... he is powerless against those with the Omega gene, he can not shape there forms at all, simply the world around them. His power does not stretch beyond those means for unknown reasons. However he and his forces are still a force to be reconed with.

Sector Olympus was founded after Primis used the powers of Raziel and his sector Sector God to ressurect ' the souls ' of the Olympic gods into human vessels.They were tasked with keeping the mystical world known as Fumei from colliding into the earths realm. However they abandoned this and defected and simply used there newly returned power to achieve there own goals. They are currently a threat to this day. Thus due to there deception, Sector God has taken up there old job for them.( Sector God Orginally only dealed in the affairs of man. Handling various missions all across the world for Primis. ) Followed by The Grimiore And even the Titan force, All three Sectors Defected for there own goals, and each crumbled because of it, except Sector Olympus whom still havent been found since there departure. However the leader of the Titan force had been fully aware of what he had been getting himself into. Infact, he did what he did, placing his whole sector in danger, simply to catch and defeat the leader of the Grimiore before it had been to late and he brought the world into utter destruction. However, they caught on to him once he was placed within there ranks and was killed not to much after it. A mission failed. With the Defection of the other Sectors, Sector God had been forced to be a bit more irrational for there rational decesions. Even going so far as to get others to do there work for them.