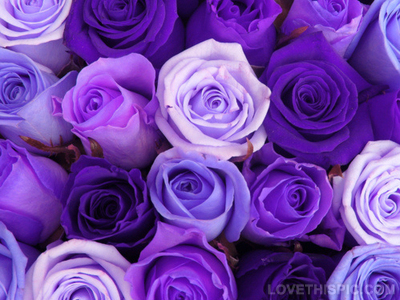 The Keepers & Establishments in Which it is FoundEdit

Originally a gift to Kiodai Akagi after the completion of his training by the Shinto Gods. The Oko~Tsu Burumu or the Angry Bloom has been a primary weapon for the descendants of the demi-god every since its discovery in the Kamakura Period. And is normally in a garden that surrounds the entire Takageuchi Clan grounds, not only in Second Soul Tokyo, the clans home base & but in Kasaihana City. Due to the blood of each family member having originated from the Oni Lord Kiodai-sama, another powerful oni himself the flowers do not have an effect them as everyone in the family as an developed immunity to it, they are made to kill oni's with the powerful poison properties that break down organic flesh into dust. The flowers also work on normal humans though it takes longer. A normal human must take a pill given to from the Takageuchi's that will allow the normal human to survive the flowers death scent. However Onihroudas are powerless to this and can only be cured once it's entered their body is to drink their own urine. The garden of poisonous roses w fumes can dispatch enemies without any of them lifting a finger.The garden is literally all around the perimeter of the bath-house. And within the Jungle Club. They have the flowers in many vases throughout the club. It does not harm humans in the club seeing that they place a vaporizer into the air-vents to protect them. But onihorudas will be powerless to the flowers and the vapors won't help them.

This plant is also maintained around various parts of the nation of Japan but is mostly seen in the offices, homes, and work places of members of the Takageuchi Clan and their allies through out 2nd Soul Tokyo, the capital of the island nation.

Effectively as of Ark 24 the original strain of Oko~Tsu Burumu or Strain 1 is on the verge of extinction as the destruction of Kasaihana took with it Domini Fudo's all of successful attempts to revive this dying species of the plant making Strain 2 more the more prominent of it. But Domini and the members of the Oshino family are refusing to give up on the task of bringing back this most prudent essential to their fight against all Onis and their kind.

During the clan's absence from Kasaihana much has changed in ways of how the families themselves battle Onis and their kind, none the more significant than the evolving of the Angry Bloom itself. During a routine hunt one of the teams dispatched by the family discovered it almost by accident when they doused the Oni they were in pursuing with it, that the flower itself had developed properties that would not only immobilize a FULL blooded oni but in most cases DEPENDING on the beast's strength, paralyzing it for a time length of 20 mins or less. This of course doesn't give the user of the toxin much time to dispatch the Oni in question but it sure in hell will give them the necessary time to try and slow them the hell down or lock it down into an area where they have complete control of the situation.

On Planet Fumei the Angry Bloom in its natural habitat also known to the Takageuchi as Strain 3 is said to be so potent that it the power to kill ALL God level, Onihoruda AND lower level Onis with the greatest of ease, using just a mere spray of pollen. And is only grown in the garden of the Sun Goddess herself for protection purposes. Though it is used in the metal weapons that Hachiman himself has forged for those of his linage when combating demons. Unfortunately with this strain there is NO known cure for it, meaning death is emanate!

Retrieved from "https://yakuza-mob-roleplay.fandom.com/wiki/The_Oko%7ETsu_Bur%C5%ABmu_(_The_Angry_Bloom_)?oldid=49217"
Community content is available under CC-BY-SA unless otherwise noted.