Welcome to the Ascendancy
Add a photo to this gallery

"You're used to dealing with heroes... But what you don't have much experience with is kings. And that's your problem here. You can't think of them as normal men. You can't even think of them as behaving human--that's thinking too small... They are larger than that, bigger than that... They exist above other men because they were born that way. Authority began at the cradle, you see. Their very idea of morality is different than what you are used to. The people--their people--expect them to do violence to ensure a certain amount of peace and prosperity. And like gods, they are also expected to commit murder... So the people can sleep at night knowing they are protected. --Max Serizawa

The Ascendancy is the Black Parade taken over by the Trinity of Sin, after moving to New Nexus Max Serizawa created an base off the border of the city. Max uses them as a  private military company (PMC) which  provides armed security services to New Nexus. PMCs refer to their staff as "security contractors" or "private military contractors It was founded and led by CEO Max Serizawa and is the largest, if not the most powerful private company in the world exluding Ryjoi Corp and Son's Enterprise 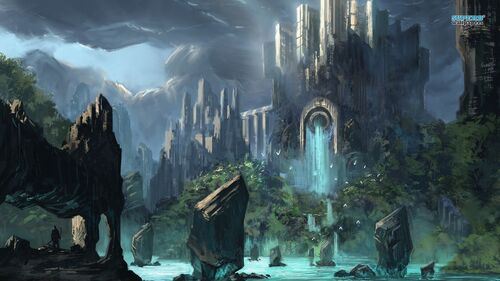 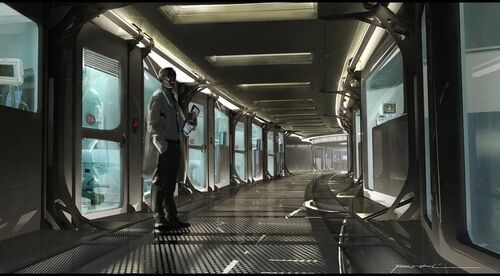 After expermenting on each and every solider inside the Black Parade Max decided to take a new tone to their outfits using the left over False Ragnainium and  Vibranium that was used in their suits creating them in his image people who follwed him in his goal for global take over. Each and every memeber is an absloute and undeniable master of all things stealth and tatics allowing for bullet durability up to, 45 cal's & Up, thought the suit could viably resist the gunfire regardless, optic & static camo and and lightweight enough for them to move like olympic acrobats, leaping 15+ feet into the air in a single bound, landing with not even a single noise. Their suits are noise resistent to boot, fully insulated/fireproof, with thermal cloaking and linigs of lead to prevent interearence from X-ray's with built in Chaff frequencies int he forehead/cowl area of the outfit to prevent motion detection. The ocular portions have built in cameras, that take pictures on mental command, and they're equip with basic detective, escape gear.  Each soilder holds an Exoskeletons, which  are equipped with numerous abilities, allowing for various tactical attacks as well as strategical superiority among other players. Some enemies, referred to as "Boosters", are known to use Exoskeletons in the same way that players can, such as dashing, leaping great distances, and cloaking

Stim: Allows the soilder to temporarily boost their health, allowing for a higher chance of survival as well as quick recovery.

Overclock: Allows for increased sprint for a brief period. The way this happens is it has a interior skin that montiros vital signs and prodces medcial repair for instance if Terry would break his arm the suit hardens around that arm holding the bone in place and adminsters a shot of painkillers.

Shield: Their Shields diverts the limited-capacity regenerative energy supply of the Nanosuit into absorbing the kinetic energy of incoming projectiles and other damaging forces, such as hazardous levels of heat, radiation and energy blasts, effectively making the user temporarily invulnerable to true physiological damage and thus withstanding impacts which would normally be lethal. While the Nanosuit is in a constant regenerative-state, Armor mode enables quicker regenerative proficiency, both revitalizing and restoring the users overall physiological system. However, in Armor Mode, the user's health will regenerate twice as fast than in any other mode. . 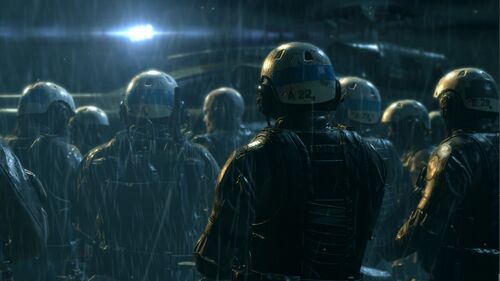 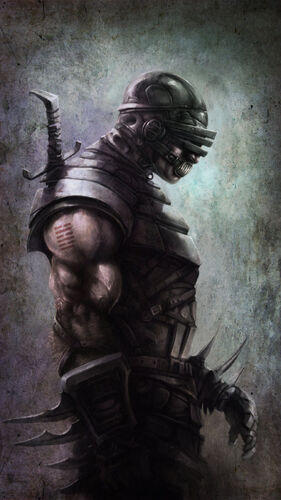 Max Elite force that is with him with every step he takes are the renewed Titan Force thanks to Van he forced this name of Max's soldiers. These Preadtors are bipedal humanoids, physically distinguishable from humans by their greater height, the long, hair-like appendages on their heads (nicknamed dreadlocks), their reptilian skin and their faces, which feature arthropod-like mandibles and no visible nose. These are the failed subjects from the Vemon testing with the memebers of the Black parade but with every down fall their is light because they are highly resilient to physical damage, capable of recovering from multiple gunshot wounds with minimal or even no medical attention and surviving radiation doses which would be fatal to humans They are also highly resilient to most bacteria and viruses They are incredibly strong, easily capable of outmatching a conditioned adult human male in unarmed combat and able to land blows that can shatter solid concrete. They are capable of tearing a human's head and spine from the body with little effort 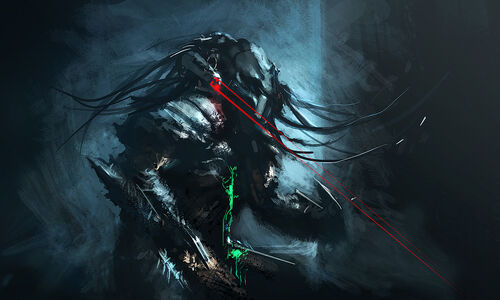 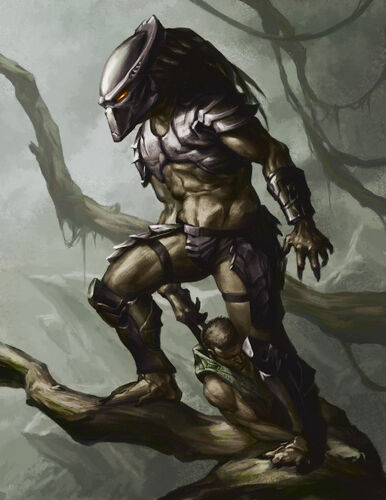 Vincent pets commonly referred to as simply the Perts and known colloquially thanks to Max as the Roaches, is a highly aggressive endoparasitoid extraterrestrial species. The Roaches are predatory creatures with no higher goals than the propagation of their species and the destruction of any life that could pose a threat to them. Like wasps or bees, Roaches  primary weapon is their inner pharyngeal jaw, which is capable of shooting from their mouth like a piston with sufficient power to smash through bone and metal. In fact, a common tactic used by the creatures to eliminate prey is to restrain the victim with their hands, immobilizing them, before killing them with a precision jaw strike to the head, piercing through the skull and penetrating the brain; this form of attack is colloquially known as a "Headbite". They have segmented, blade-tipped tails. The sharp tip has been seen to vary from a small, scorpion-like barb to a larger, flat blade. Despite their seemingly flimsy physical construction, the creature's tail makes for an incredibly potent weapon, The tails have been used variously as stabbing, slashing and blunt force trauma weapons 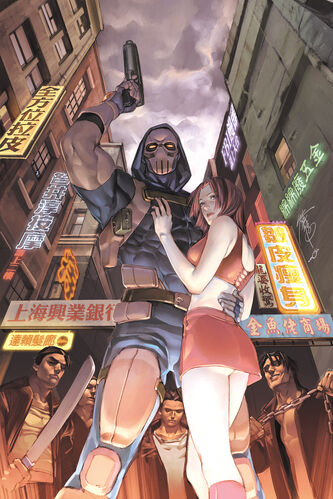 Smith has been in the Ascendancy since the begining helping Max and the others achieve their goal aganist the Black parade. He’s mostly a loner and never opens up to anyone. The only person that he has ever opened up to is Max. Max  taught him everything he knows. He rarely likes working in groups and only takes orders from Max. If however he does talk to you its brief and about a mission or objective. Smith is a renegade and is always on the move. For some reason he always keeps him sniper with him wherever he goes.

Retrieved from "https://yakuza-mob-roleplay.fandom.com/wiki/The_Ascendancy?oldid=51569"
Community content is available under CC-BY-SA unless otherwise noted.