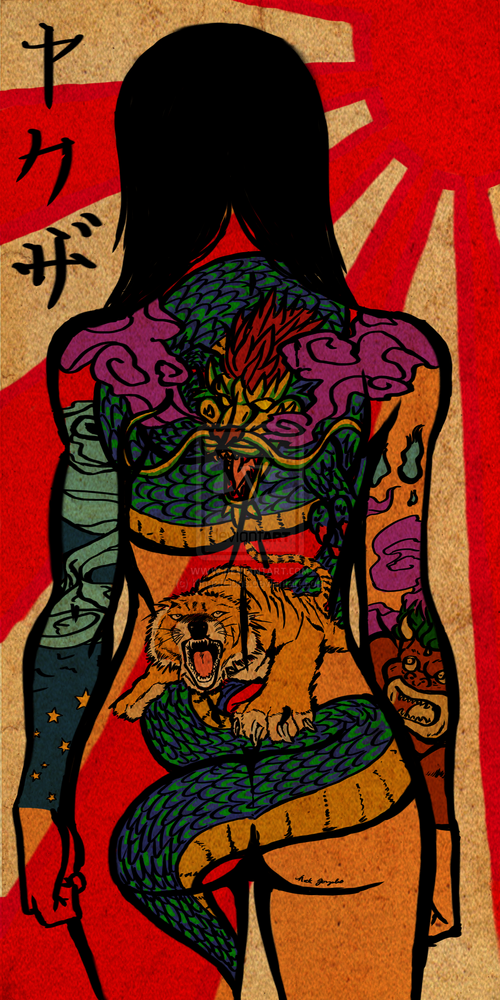 Character Information: You must describe every detail of your character including the look, what he/she is wearing, the weapons you possess and the spells/magic at your disposal. Everything you plan on using in the battle must be in the intro and will count as every possible action you can take during the fight. If you use something later on in the battle that you failed to mention in the intro it will be subject to being voided and allowing the opponent to have a counter attack because you did not state you carried the weapon or had the skill to use it.

No God Moding: God Moding is evading every attack that is thrown at you, being invincible, immortal, and not taking any damage. In the Yakuza Mob definition of T-1, we see that for every three dodges performed, you must take one hit. Not abiding by this rule will cause your post to become voided, and allowing the opponent to post next. This would result in the attack performed by this person's previous post to actually hit, and you are forced to take said damage.

No Auto Hitting: Auto Hitting is exactly as it sounds; do not state that an attack actually hits an opponent. An example of this would be 'RPer1 punches RPer2 in the face.' This does not allow the opponent to possibly evade, parry, and counter, which is a strict violation of T-1 regulations. Instead, do this:  'RPer1 attempts to punch RPer2 in the face.' The word attempt allows the opponent to do the possible evade, counter, etc...or take the hit.

No Meta Gaming: Meta Gaming would be taking information that is OOC (Out Of Character) and placing it into the knowledge IC (In Character.) It is also a variation of mind reading, if someone says that they think something, your character can not know what is said in this thought. It is exactly that, a thought. Example one would be if you as a person read of a profile of another character OOC and your IC assumes to know this information about that other person's character without ever actually meeting them, or knowing who they are. Your character wouldn't know these things, period.  Example two would be if someone said, 'I bit down against my lip as my eyes scanned over her for less than a moment. I thought to myself 'I would love to have a piece of that..."  Then in your post, you state I can't believe how much of a pervert this person is for thinking about me in that way". Clearly you can't know what the person is thinking, and would not be able to react to somethign your character hasn't experienced, heard, seen or felt IC directly.

If you are the one to intiate the RP, or just involved into a rp, you are inclined to recored the log that is to be put up later on the site, unless otherwise asked by the Second/Third-Party to do so. Also, when there is more then one person in a room, it is recomended that two people book-keep and recored the RP, as this helps keep a backup in cause the person originally book-keeping happens to crash or forgets to recored. To further reduce stress amongst our players so that we have reduce arguments over who recored what.

Everything you get in the roleplay must be in character. No new Tech, skills, perks, abilites should not be done out of char. If it is, then it will be voided on sight. We want you to grow properly and in the past we've had issuses with people low-key Over powering themselves. This will not happen again, any ability gained OOC will be voided and leaving your char up for termination.

Within YMRP we like to give the rp a large focal point with impossible or hard to reach odds. Thus NPC's will be made that may question some as to if were power gaming. No, were not. We want a tough bad guy because where's the satisfcation of defeating him or her or it if its easy. No power gaming should be done meaning people will be limited on skills and perk's. If your not an admin, you can not make a super powerful NPC For an Ark. No question's only Admins have access to this. You can still have a NPC bad guy but they can't be over the top were watching you.

When ever there is a fight taking place, or anything that revolves arounf two characters or more, doing battle or some form of pursuit, gun fights etc etc etc. Then you must have two Judges within the room. Either ICLY ( In-Characterly.) Or OOCLY ( Our of characterly.) If someone doesnt follow this, then the fight, will sadly... be voided.

Within our RP community, we like for our rps to understand DEATH. When you are in a combat situation and you no longer want to fight, you need to understand that you MUST write an exit post. This is the rule, if you dont want to fight anymore. You tell the person who your fighting that you want to tap out. They MUST oblige to you wanting out and they must write an appropirate exit post so that they can leave. They CANNOT post an exit and attack there opponent, if they do, then they will be subjgated to die anyways. ( No hit and runs. ) Also, the penality for leaving a combat situation and running away will have a penalty. IF YOU RUN FROM THE COMBAT SITUATION, you MUST, take the hit of your opponets attack in there post prior, so if they break your arm, then your arms broken. If you got shot in the leg then you got shot. This will force you to adapt to the situation so you pick when too escape.

The Sexual Consent rule is here, if you are not of the age of 18, you are NOT, allowed to submit sexual contented episodes for onto the site. Any form of sexual content from someone under the age of 18 will be disbanded and surely whipped clean of all there sex-crafted episodes. The first time will be a warning but if it happens a second time, the account will be banned and you will be removed from said roleplay. Sexual consent to post a sexual episode must be submmited as an ok from BOTH parites. Either male and female, or male and male, female and female, you get the picture. Both parties must submit to the head admin in a PC on skype that they both are consenting to a sexual episode so that it will be placed on the site. If either of the people within the sexual party say no, then the sex episode is not allowed to be submitted.

Retrieved from "https://yakuza-mob-roleplay.fandom.com/wiki/TSL_Rules?oldid=37755"
Community content is available under CC-BY-SA unless otherwise noted.