" No matter what faction we are... were the gaurdians of the city... every single last one of you... Todays robber, might be tomorrows hero who saved the cit from utter destruction. " 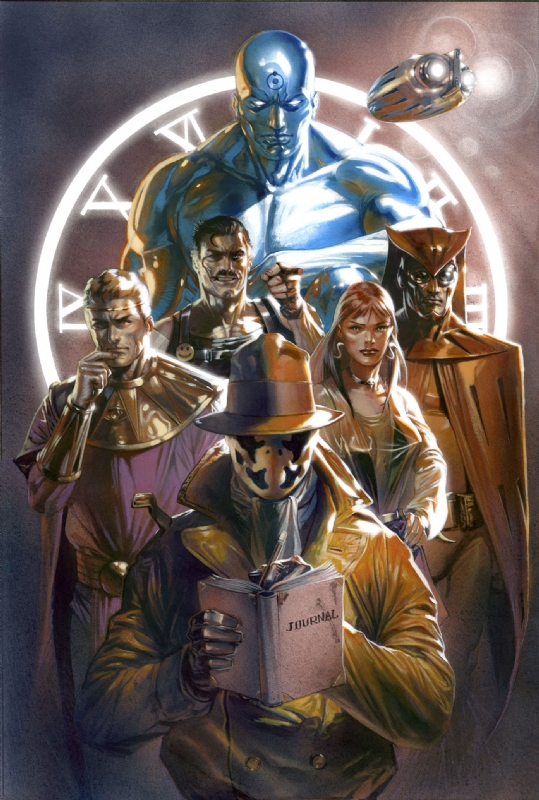 Within the RP community we like for our members to pick out of four classes that make up the RP in it's purist form. Obviously these four classes consist of the most played occupations that are avaliable in the RP, and over the course of years they have became a common ground for all RPers within the TSL universe. These classes/occupations will be listed below.

Now, for this class, it comes with two versions that you'll surely want to know about to make things a little bit less complicated for you.

" This group is for those who have a craving for violence and money, but ultimately serving a greater purpose in the fight for justice. Heroes For Hire is basically an organization of Bounty Hunters, that take on odd jobs for money. Anything from protections, to infiltrations and escort missions, body guards. Even misc. things like cleaning, assistant bartending, What really matters is the payment, as the Heroes For Hire are indeed "heroes" but are not unlimited on supplies (to a degree) so a price is needed to be paid. However that does not mean they won't go out of their way to help the innocent. At there core, The HFH are here to serve and protect, accomplishing things the law themselves cannot do. "

What that means is that Heroes Inc vigilantes get PAID, yes you have an income base within the RP so it makes more since if you stick around with this one, however you'll be on file and if you did anything wrong you could be charged with jail time, this also goes with if you go rouge. So becareful, you may not like how things occur in the end of it all. 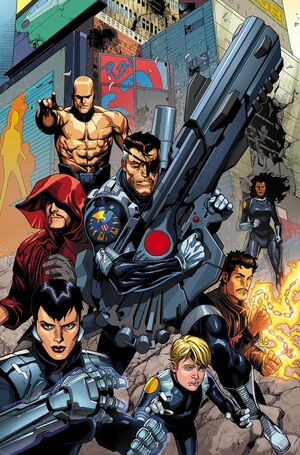 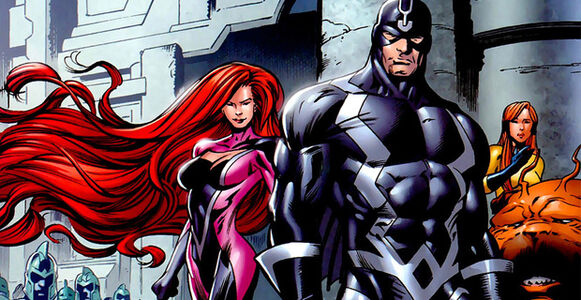 A free lance Vigilante does it for free, unless they have some other way they have income coming in, you don't get paid and you dont get offical support in terms of the law system, your raw, lone wolf, you do it all on your own, but that's ok because you know what your doing. You can handle yourself a team just holds you back. You could work with others, but if you wanted too, you wouldn't be free lance. 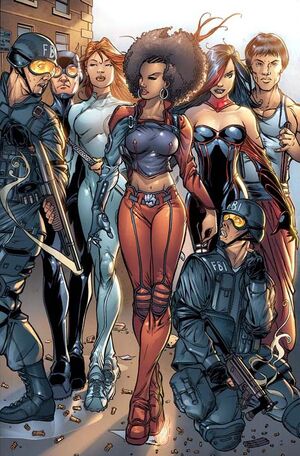 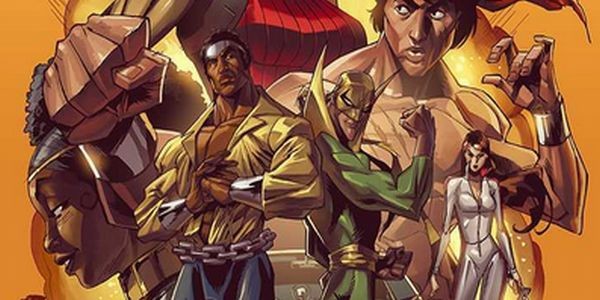 The District 1 and 2 Police Department or The D.1.2. , is the primary police force in Kasaihana city. It plays an important role in YMRP as most of our protagonist, go undercover for the police to infiltrate the Yakuza, patrol the streets, or become a detective . The D.1.2. has a significant unified presence, with officers and patrol cars being a common sight within the District 1 and 2 areas, they are not to be taken lightly. These KPD dont go by the book and do what they have to in order to get by. If you join this faction you'll be feared by alot of Yakuza and vigilante who see you coming because they know your just as gritty as they are. You show no fear. 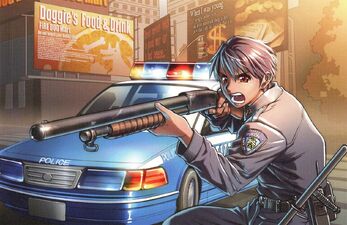 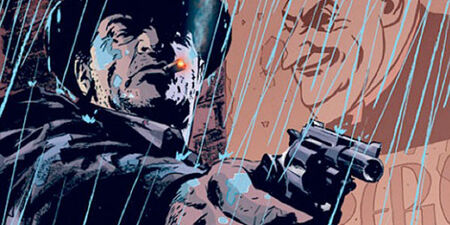 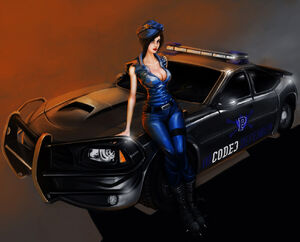 The KasaiHana Police Department had it's beginnings in the city itself, the first hundred members being a mixture of Mr. Hiro's protection detail and volunteers from his company. These brave men and women ventrued upon a land that was now lost in ruin. Slowly the force grew to a point of supreme power, and it was the leading police force in the entire globe. Even when based upon statistics, it is proven that the K.P.D. has grown into a successful defense project. Due to it's size, the force itself has earned a district of their own in KasaiHana, making their home in District 3. Do not fear, however! If you wish to be recruited, please refer to your local recruiter.

Your the military force, trained in District 3, all you know is military life, you've had the best combat training, taught multiple languages. District 3 has a program when they recruit people from outside of D3 but its rare, most are born into this faction. Training you into the best solider you can be. You'll fight terrorism and high level criminals around the city, a good D3KPD wont leave signs of his work, most wont even know you leave district 3 at all. All who Join this faction will be given Peak Human Condition as a given. Ever D3KPD has there own Armoured suit they are given once they graduate the academy at the age of 18. You are responsible for making your own suit, which the suit should give you Enhanced Condition off the fly. 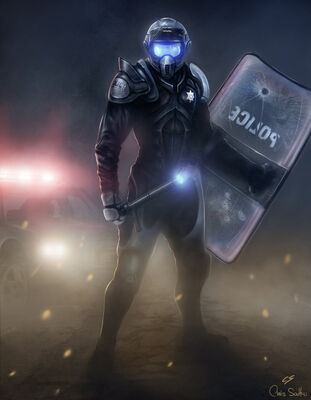 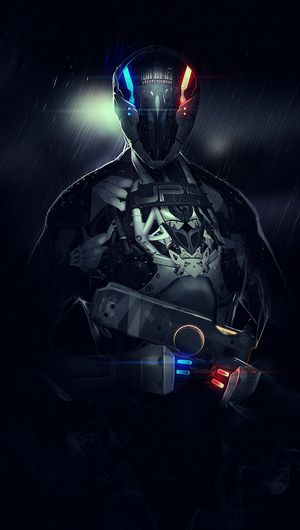 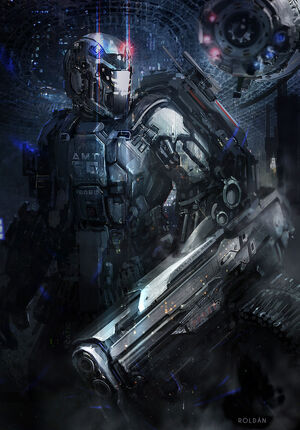 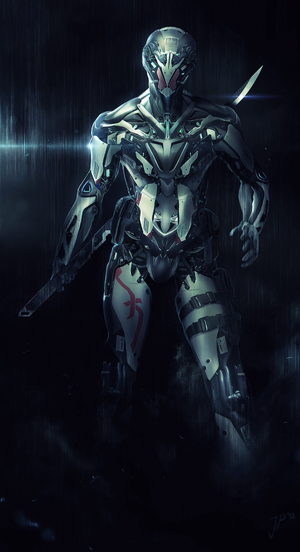 Within the city gangs are apart of the main population of the city, you wanna beat some guys up? Make some money? Well this is where it goes down. If your in the Gang class, obviosuly you know your way around the city, you know how to handle yourself. Show the world your worth and grow your gang into the most powerful league since the Kagemaru. The thing about gangs, you dont have that Code of Jingi to hold you back... burn the city down kids. 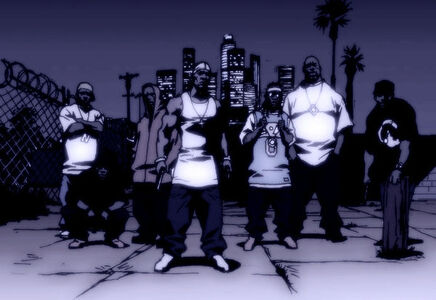 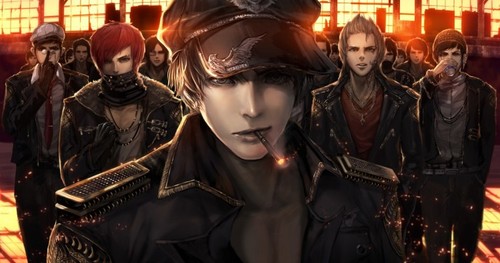 You pick which one you want to be in.

Within the city of KasaiHana the many Yakuza clan's that run them are all over the place. Doing what they pretty much want and feel like doing. Living on nothing but there Brutal tactics and Moral codes that they have formed within amongst each other.Though most people are born into a yakuza clan. Under some circumstances that those few people that were recruited, or brought into a clan at any given age may not show similar traits to those yakuza clans that are presented below. But those recruited that do show the talents to be within the clan desired if presented to the Chairmen or Chairwoman, and if said Chairmen or Chairwoman persume to see the talents favorable for their said clan will bring them into their clan.

Wanna wear a suit and tie, make some money, become King of the city? This is for you, lets watch you burn the city down with your intense power and take over the world with retail and econmoic advantages. 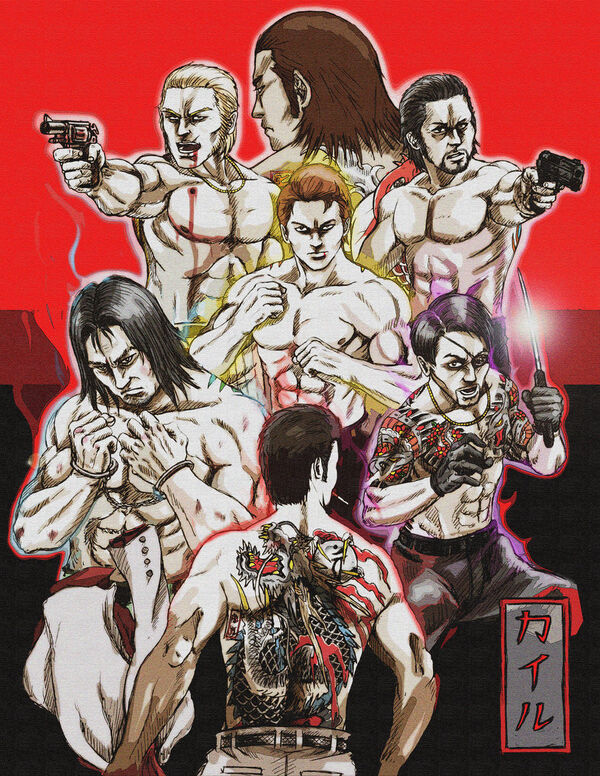 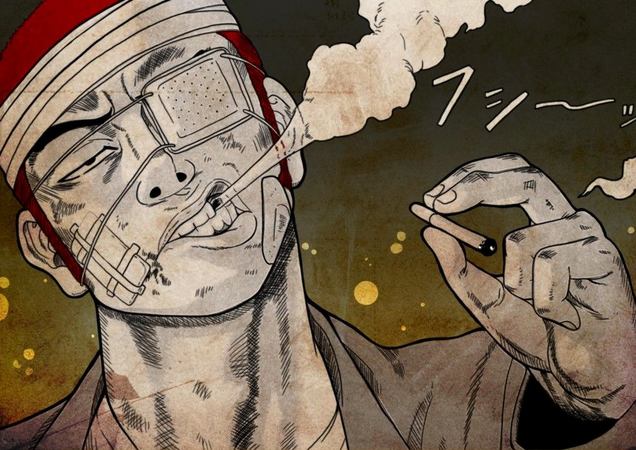 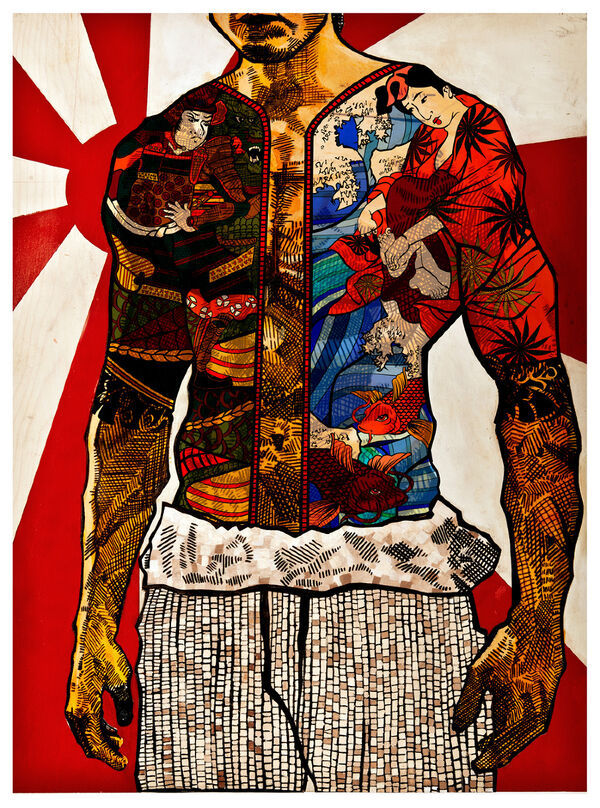 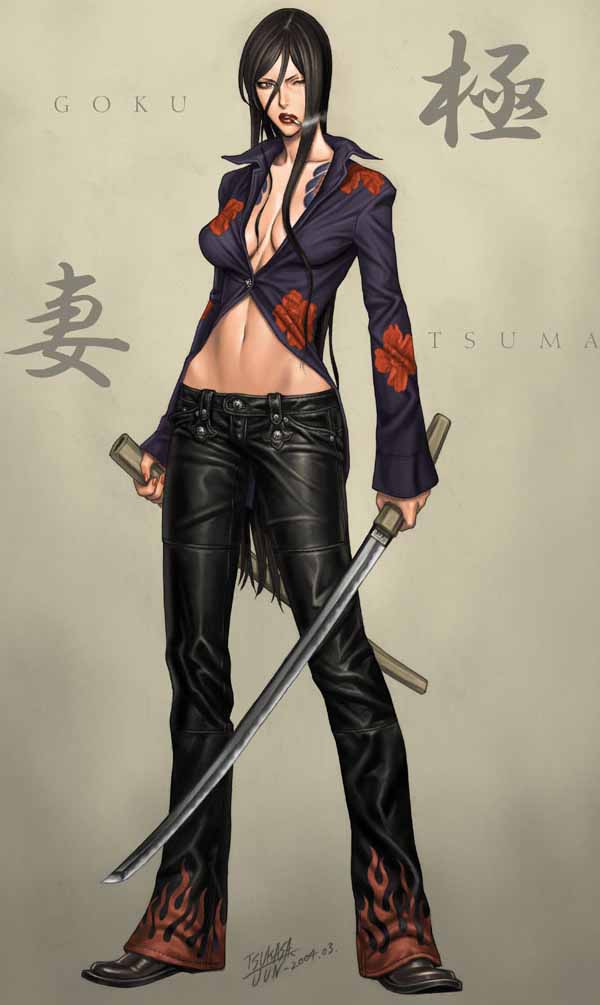 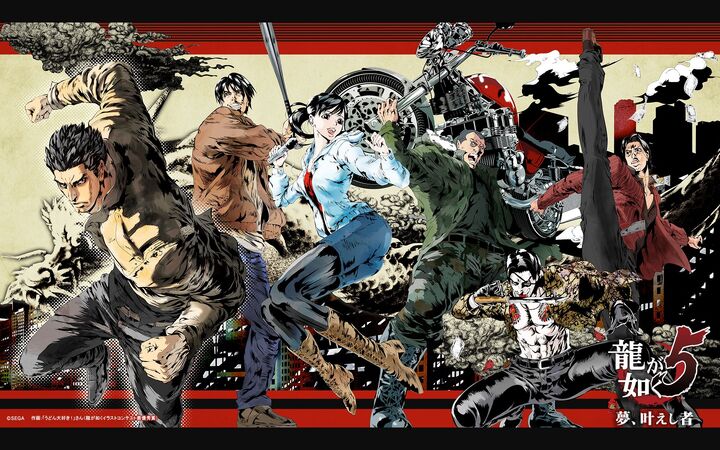 The Civillian class, this is honestly the most wide spreaded class out of all the ones you could pick from, because this class varies upon what you want to be. Basically in a Nutshell.

If you want to be anything outside of those class listed above, then your within the civillian class. Which isnt a bad thing, just means youhave more free reign on what you may and may not want to do. This is great for new people that take there time typing up big posts and the like. Take the time to be adventures, have your character find thereselves, live the dream, the Kasaihana dream. 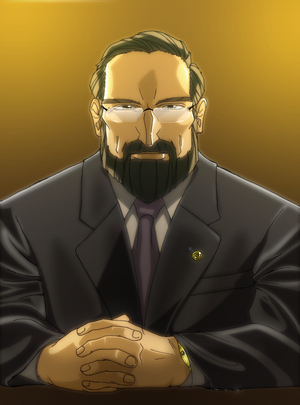 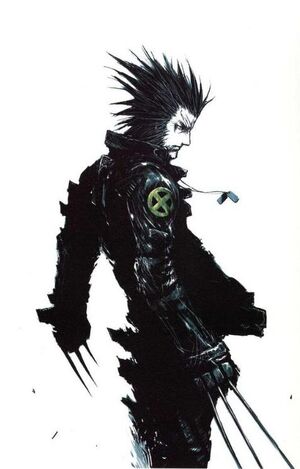 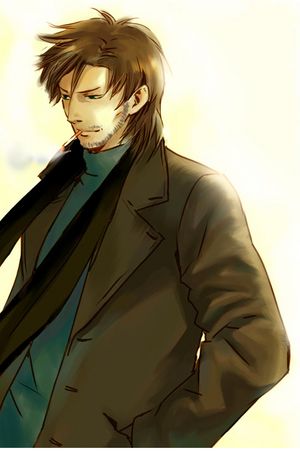 Add a photo to this gallery
Retrieved from "https://yakuza-mob-roleplay.fandom.com/wiki/TSL_Classes_/_Occupation?oldid=37761"
Community content is available under CC-BY-SA unless otherwise noted.