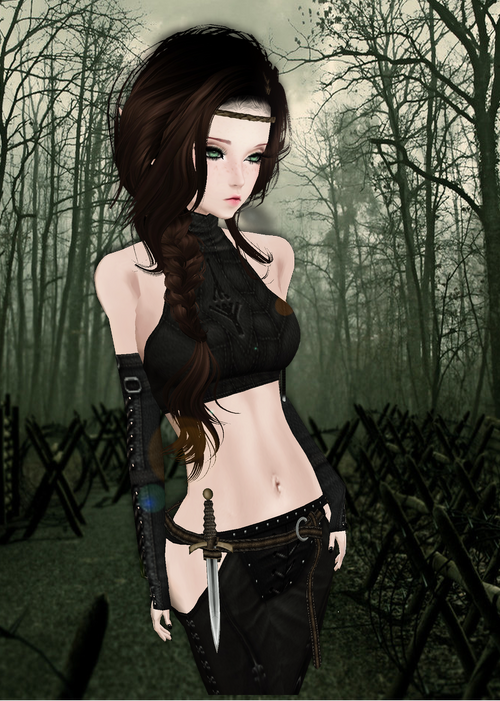 Auburn colored hair that varies in hues depending on the light- Various hints of browns, reds, and other earthy colors. 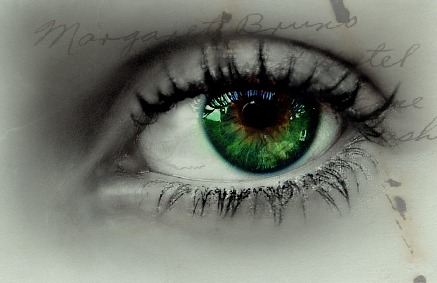 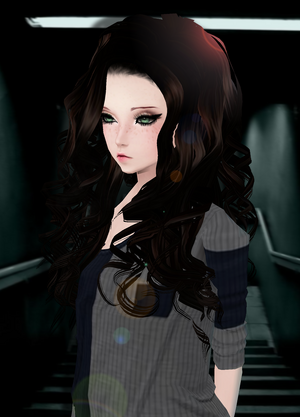 Sneaux in casual clothing. Hair down. Ears covered and hidden.
Add a photo to this gallery

Behavior/Personality Sneaux is a quiet person. She's most often found listening to nature or relaxing near water.

"Spiritual Energy is basically a branch of chi energy. However unlike chi that involes the usage of the Mind, Body, and Spirit, Spiritual energy elemiinates two fo the three and dwindles it down soley to "spirit' or Reiryoku (霊力, Spiritual Power) and the oposite of Psycho Power.. It is a power aligned with the spiritual sensitivity and willpower of the user. Every spiritual being and every Human has a certain amount of Reiryoku. If this amount is higher than a certain degree, it grants the person superhuman abilities.[1] Those with such an above-average level of Reiryoku are very rare among living Humans. It seems to be that the most basic ability that Humans with a higher level of Reiryoku have is the ability to see non corporeal forms. It is very powerful if used correctly, and can be wielded by any spiritually aware human. However, the strength of the energy varies between persons. It is unique from person to person as fingerprints and voiceprints. Energy can be converted into weapons of pure energy, used to enhance the strength of body parts, as well as healing all through a form of medium i.e a momento special to the user, or some physical object with spiritual orgin that the spirt can gain conductivity through. The aforementioned emission of Spiritual Energy is a common and natural phenomenon, but a spiritual being can also control the degree of this emission, this usually requires a certain amount of skill and training By completely blocking his/her Reiryoku "pouring out", one can completely hide his/her presence from other spiritual beings and spiritually aware humans. On the other hand, amplifying this emission is known as Spirit Pressure, is considered a show of force, a means of intimidation or can even be an attack in itself. It can indeed paralyze opponents and cause direct damage to the surrounding individuals and inanimate objects alike."

The people she works for

Sneaux Zinna was born in the Dark World. She’s a Killian. She was abandoned at a young age and has learned to mostly live on by herself. She grew into a thieving lifestyle, and was rather very good at it. Her small limber body made well for her to get in and out in a snap… She grew up doing what was easy. What she grew to love. There were masters of several fighting styles amongst their ranks, however, the one that fit her best was T'ai Chi. That was where she learned. Life was good. Then.. one day.. She was sold out by a fellow thief. She had trusted him. He had apologized time and time again, nearly sobbing, as they dolled out her punishment. She was young, so they went easy… The other thief had gotten into a lot of trouble, and they had made him a deal. This was his deal. He’d go free and live if he sold her out. He did. She suffered… It took her several weeks of recovery, but she eventually escaped with her life and limbs intact.. mostly. She managed to make her way to earth. Things were.. defiantly different there. It took a lot of getting use to, but eventually she made a new name for herself. She grew even better. Had more tricks up her sleeve. New tactics. She was doing quite well for only being 19. She has a habbit of hideing her elogated ears in her hair....

Fox Keep. That’s her organization. They found her by watching the news. She started small within them. Little things to demonstrate her skill first on, like gem stealing. Her first big job was stealing Military Cyborg Schematics from one of the more private military contracted organizations. She could remember it like it was yesterday. She went in through the vents. Like normal. However, there were lasers and other types of.. security. That was one of the stickier bits. She had managed to disable the security from the outside via Fox Keep hacking specialist. That was the day she got interested in computers and technology. Anyway.. after she got in.. it went a bit smoother. The building was crisp and pristine. Cold to. Oddly nearly unbelievably cold. She stuck to what ever shadows and tight corners she could find. Ended up knocking out a female worker, and slipped into her uniform. She tied her hair up like the lady had hers, and continued onwards ‘undercover’. It went smooth from there on out. The lady she’d taken the identity of was apparently more than she seemed. She had very high level clearance which got Sneaux into the exact room she needed to be. It took a bit of word weaving to convince a guard, but it worked. She plugged in the little sticky thingy to the hologram like computer thingy. A light flashed on the badge she was wearing, and tud-uh. She downloaded the schemes to the device. The hard part now, was getting out. She got the job done earlier than they had anticipated. She had to kill time… So. She did some more digging on the computer. Downloaded a weapon schematic for odd disk-like devices that were meant to be thrown at enemy targets. Apparently it would disintegrate what ever it touched. Looked useful. From there.. she went back out, found the lady she stole from still knocked out.. so, she gave the lady back her clothes, and went out the vent she came in. A close miss with a laser slightly singed a spot on her wrist, but luckily it left no trace of evidence. To small a thing. The company was happy. She was paid well. That was that.

During her time with Fox Keep , the extensive and intense training turned her into a ghost almost with her skill whenever she takes a job. After a year she became the top prized thief within The black market corporation…..

Enhanced Thivery- Masters of this skill are more elusive than the average thief. They are able to blend in with the shadows, slip into tight spaces, avoid detection from guards, and escape without leaving behind any evidence.

Hunting Intuition-The user possesses extraordinary talent and instinct in/for hunting all things. They can track anything under any conditions, sense the weaknesses of their prey and exploit them and finally kill or capture their prey.

Prey Instinct- The user possesses instincts that allows them to become a master of evasion. Users with this ability can discern numerous factors of a situation, including how much of a threat a foe poses (what move they will make, where they are going, and if these things relate to bringing harm to the user), as well as how to hide without giving away one’s presence, and how to preserve energy when running.

Tracking Evasion- The user can’t be tracked down, all the traces of their passing disappear or are ignored: fallen hair, blood, skin particles, etc. will dissipate into dust and no scent is given off. They do leave behind a trace such as broken sticks or disturbed leaves, but to the less observant eye, it would only be said to be wild animals.Highly advanced users may not leave electronic trace either, and be unable to find through a computer. Advanced, if not legendary, users are capable of evading any and every known possible ways to track or discover a person.

The ability to use ones spiritual chi to push the user to enhanced speed level ! By using her Mental Chi she uses it to make her body BELIEVE that it's as fast as it thinks. Allowing the user to push themselves to enhances speeds! She can even pass this ability to her allies which could empower there speeds to enhanced level by creating a direct mental chi link with her allies. When used in a supportive manner to assist allies , it can be used for 4 posts in total. And can be used again after a 3 post charging time.

~Role-play logs have particapated in~

Retrieved from "https://yakuza-mob-roleplay.fandom.com/wiki/Sneaux?oldid=48641"
Community content is available under CC-BY-SA unless otherwise noted.