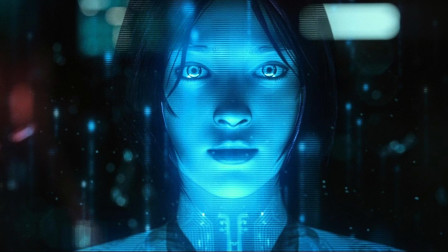 This person behaves on a very precise and well organised set of principles. They will never make a move without knowing the next three moves they would need to make if things did not turn out as expect. They utilise their intelect to get an advantage over a target system and send a recon team in to recover an item of intrest. If they want to use you for a mission they will find a way. Don't try to contact them, they will find you. Always remember you could also be the next target.

Not a member of a clan, but self opperates a series of controled crime through multiple sources.

Undisclosed but assumed none

Not a fighter, will typically distance themselves from any conflict situation.

Data Manipulation - The user can manipulate the binary visible computer information known as data allowing them to collect information about most businesses and organizations and their operations and do amazing things to or inside computers such as hacking and manipulate computer programs.

Business Intuition - The user possesses incredible skill in running businesses and companies. Using this ability, the user can perform such feats as always making the right choice when it comes to advancing said business and predicting sources of money crises.

Numerical Precision - The user has the ability to solve, measure, and calculate problems through numbers without using mathematical operations, but through pure intuition. They can tell how many bullets there is inside a gun and how many have been shot, the measurements of areas or coordinates without having data of it or any information. They can use this to solve problems, puzzles or riddles and can enhance one's accuracy to be precise and always hit the target.

Decodification - With this ability the user can break any sort of codes that have been placed, if every someone has given a mysterious message which leads to a clue or the persons next move. The user can also break certain seals of used with encrypted messages or symbols.

Codification - With this ability the user can create complex codes, symbols or systems and even very difficult riddles, questions and spells that can be impossible to solve in order to protect or keep something safe. Users can codify or create entire codification systems (Mathematical, Philosophical, Mechanical, etc) that are very difficult to understand even for experts like the secret of the universe or what's the image and shape of nothing. These codifications can range from small items to cosmic scales.The user can also codify their brain to protect information or to cause confusion in others and codify enemies abilities making the user powerless.

Master Strategist - The user is capable of creating strategies and plans several steps ahead of the opponent seeming like the user can see into the future.The user is able to elaborate complex plans and strategies and apply them in not just in battle but any other activity that involves cunning intellect.E.g Strategic games. Most of the users of this ability are very analytical and can understand or anticipate the enemies moves.

This persons allies and enemies changes daily with the mission they decided to organise. They could be helping one side of a battle one day and then help the other side just because it helps them more to act that way rather than siding with a faction

Retrieved from "https://yakuza-mob-roleplay.fandom.com/wiki/Person_X?oldid=13987"
Community content is available under CC-BY-SA unless otherwise noted.