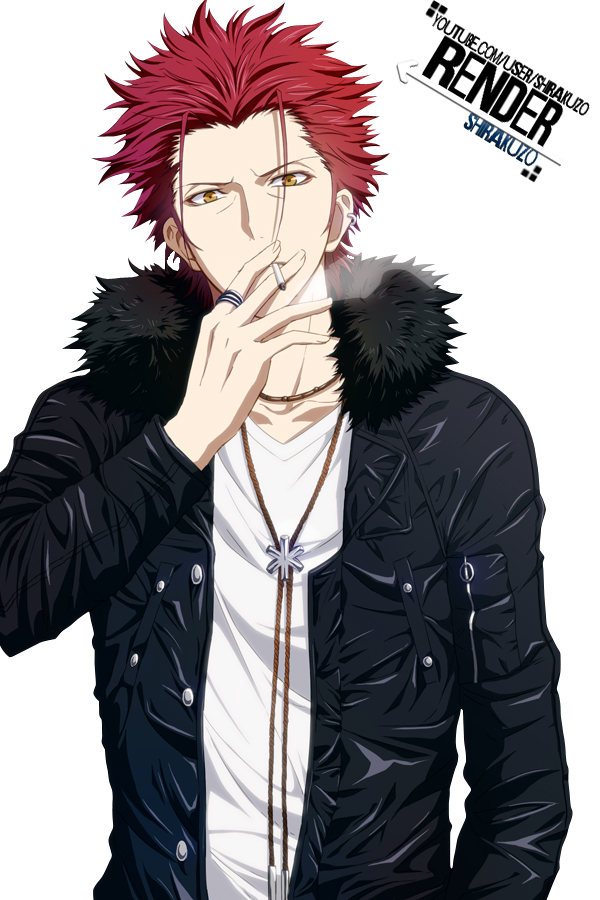 Noah is the complete opposite of Lucious creed which is why they’re such close friends. Noah is cocky, arrogant and says things before thinking about it. He can careless about the "If you have nothing nice to say .. don't say anything at all" He's pot head and spends most of the time getting drunk.

Noah appears as your average looking asshole, he has dark red hair that stopped at his shoulders .

His hair was as shaggy and wild as his personality They werent lying when they said the hair  explains your personallity by far. His skin is a fair tan closely in resemblance to Lu . His nails are polished and his teeth is  egg shell white . 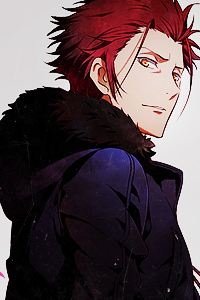 This is a powerful Hybrid style, for versatile and swift of there feet fighters. Taking two styles into a clean mix. The first style being one from the Philippines.Eskrima is a term for the traditional martial arts of the Philippines ("Filipino Martial Arts," or FMA) that emphasize weapon-based fighting with sticks, knives and other bladed weapons, and various improvised weapons. It also includes hand-to-hand combat, joint locks, grappling and weapon disarming techniques. For the purpose of convenience, this article will use the term Eskrima throughout.Many Filipino systems focus on defending against and/or reacting to angles of attack rather than particular strikes. The theory behind this is that virtually all types of hand-to-hand attacks (barehanded or with a weapon) will hit or reach a combatant via these angles of attack and it is reasoned that it is more efficient to learn to defend against different angles of attack rather than learning to defend against particular styles, particular techniques or particular weapons. For instance, the technique for defending against an attack angle that comes overhead from the right is very similar whether the attacker uses barefists, a knife, a sword or a spear. The practioner of this hybrid style is extremly versatile and quickly able to adapat to any combat situation at Inhuman pace. A mixture of Eskrima would be Hapkido, that's embedded deep within this powerful styles core. Hapkido contains both long- and close-range fighting techniques, utilizing jumping kicks and percussive hand strikes at longer ranges and pressure point strikes, joint locks, or throws at closer fighting distances. Hapkido emphasizes circular motion, redirection of force, and control of the opponent.Practitioners seek to gain advantage through footwork and body positioning to incorporate the use of leverage, avoiding the use of strengtha gainst strength. This powerful free stlye martial arts Allows the user the ability to manipulate kinetic energy, the energy created by any form of movement. Using this power, one would be able to transfer kinetic energy from one object to another, thus strengthening their attacks, or tearing holes in walls with asimple touch. Users can also could turn an object's potential energy into kinetic energy, making it explosive, and cause another being to be unable to move or unable to stop if in motion.( In the DBZ universe you could wreck people with this, but if you use it in YMRP haha it has to be modereated HIGHLY.)

Please fill out your Rap Sheet when you pick your Clan, or told by one of the Admins for your Total. Keep it realistic PLEASE. We do not want OP RPCer's. Meaning no 4's or 5's right off the bat. To obtain those 4 or 5's you have to put in the time and work, and train. Don't know what the numbers mean? Please refure to StatBook Information. And if your tottally stumped just ask for an Admin to help you out, and they'll fill it out for you.

Retrieved from "https://yakuza-mob-roleplay.fandom.com/wiki/Noah_Benson?oldid=51729"
Community content is available under CC-BY-SA unless otherwise noted.