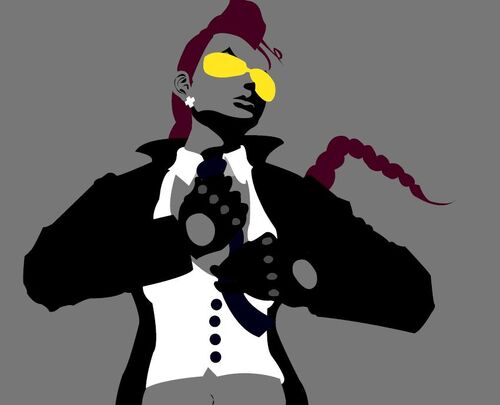 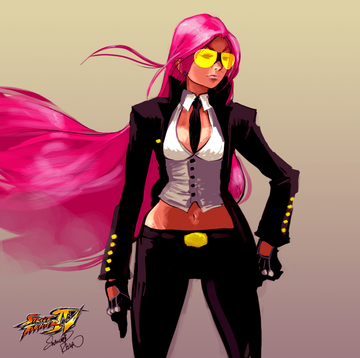 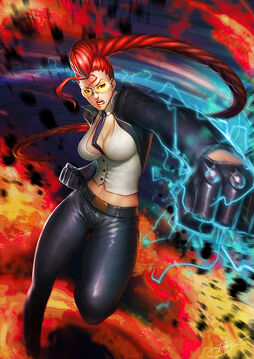 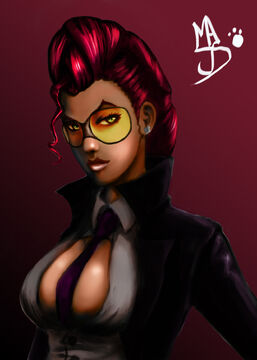 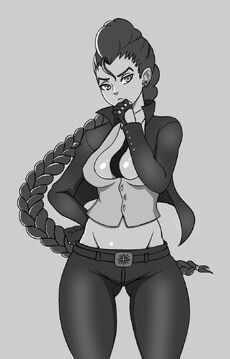 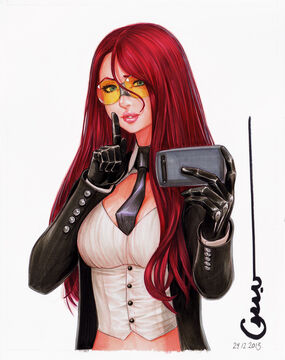 Mirada typically projects a tough demeanour, even when facing great personal difficulty. She readily criticises others for their faults also an compulsive gambler, a trait she inherited from her father, with a high winning streak due to her luck. As a result, she has been elevated to a comical status as "The Legendary pokerface"  because of the good profits others have made off of her  gambling addiction.

A lawful evil villain methodically takes what he wants within the limits of his code of conduct without regard for whom it hurts. He cares about tradition, loyalty, and order but not about freedom, dignity, or life. He plays by the rules but without mercy or compassion. He is comfortable in a hierarchy and would like to rule, but is willing to serve. He condemns others not according to their actions but according to race, religion, homeland, or social rank. He is loath to break laws or promises.

This reluctance comes partly from his nature and partly because he depends on order to protect himself from those who oppose him on moral grounds. Some lawful evil villains have particular taboos, such as not killing in cold blood (but having underlings do it) or not letting children come to harm (if it can be helped). They imagine that these compunctions put them above unprincipled villains.

Some lawful evil people and creatures commit themselves to evil with a zeal like that of a crusader committed to good. Beyond being willing to hurt others for their own ends, they take pleasure in spreading evil as an end unto itself. They may also see doing evil as part of a duty to an evil deity or master. Lawful evil is sometimes called "diabolical," because devils are the epitome of lawful evil. Lawful evil creatures consider their alignment to be the best because it combines honor with a dedicated self-interest. Lawful evil is the most dangerous alignment because it represents methodical, intentional, and frequently successful evil. 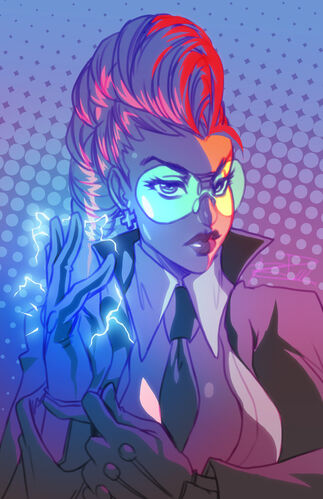 Your chi form, or energy form is based on what type of chi your char will use. From Chakra, to Chi, to the power of nothingness, to pyscho energy. All of these things will be for you to pick and choose from. Remember you can only pick one, so choose wisely. Click this Link to pick which one you want. -> Simply copy and paste the description into this section after deleting the current text.

Retrieved from "https://yakuza-mob-roleplay.fandom.com/wiki/Miranda_Tate?oldid=49434"
Community content is available under CC-BY-SA unless otherwise noted.