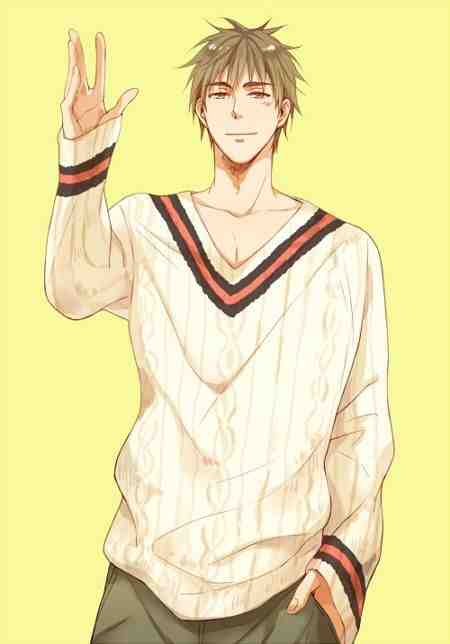 Ark 21 You could call Kage lazy and the responce you would get is "So can I sleep now?"  the fact is might as well be lazy he often sleeps time away or rather rest time away instead of doing anything else though Kage rarely sleeps around people he usealy just closes his eyes and relaxes to a state where it would seem like he is sleeping. Though he wont hesitate to help some one who needs it and as a result of always saving so much energy he has a energetic personality and is often pumped to do just about anything a moments whim. Kage enjoys at least a few activities, street ball, reading, cooking, boxing, walking, and playing with his dog mojo. Kage is of kind heart, and often looks out for others when he can, while he rarely has freinds that he considers close when he does make one he keeps his word as best as possible and is loyal and even though he usealy has the best of intentions in mind he can mess up pretty bad. This applies to meeting people as well Kage greets people ,no matter who they are, respectfully though  he can easily mess up when greeting some one by either being to freindly or just being him as Kage is a little weird and he can offset people as he can be serious and sage like one second as well as goofy and immature the next. It takes a lot to upset him though when upset Kage does not like to solve his issues verbally he would rather beat the problem to death though this is a rare occurrence even more rare is for him to be so angry he loses sight of what is best or his own well being, though it is not to say that it is not something he will slip into accidentally his rage is simply rarely triggered because the events to trigger his anger them selves are rarely presented to him.

1 of 4
Add photo
Kage has dark brown hair and even darker eyes, he has a focused gaze thick eye brows and hair that  hangs slightly over his ears, and with his height and facial features he can appear to be in his twenties.

Key points of boxing are as followed.

The Chikara no Hadou (also known as Surge of Power) isGouken's toned-down derivation of the infamous Satsui No Hadou (殺意の波動, literally "Surge of Murderous Intent"); a main difference is that the killing intent was removed. So basically, the same thing as the Dark Haudou, strength is the same with gain, but you don’t have the killing intent. True masters of this skill are so in tuned with nature they can even levitate to a certain degree.One the warrior is fully aware of their state of being within light hadou and has come to a state of ballance with themself, and their past. A select group of human beings trained in the Martial Arts, go through the process of "breaking" and "rebuilding" themself up, clensing themself of impure emotions, feelings and past events in their life

Well Kage you could say didn't grow up its more like he was forced to sprout into adult hood. His father had left them both with out a word nor a trace, when he was around five years of age. His mother was always sickly though never to sickly to beat the crap out of him for being alive. Kage was a mistake to his mother a baby that should not have been born he had to quickly learn to tread lightly near his mother though in his elementary school year he was released from his mothers custody and adopted by a boxing coach new to (kasahanah). They got along well and Kage knew him by no other name than dad nor could he learn his name much of his new father was a mystery he was a boxing coach or so he was told though he did not teach at any schools and now awards were in the house to suggest he was very good. Though around seven Kage had became interested in the sport and one day begged for boxing to be taught to him until his voice ran horse. Eventualy this was granted and he was taught every day after school though his training was strange first starting off with strange excersizes as in starting off getting hit by metal plates eventually escalating to being hit by slow moving cars as he and his coach/father soon learned how quickly his body grew resistance to things and molded quickly to training. As well as being taught boxing Kage was never allowed to be a boy as his dad was always training him for the responsibilities of manhood and being a gentle man though the latter he never truely mastered. Though thins started to change when Kage was thirteen and allowed to enter matches. It is said the truth can only be hidden so long and fighting in illegal matches was where Kage learned the truth about his Dad how he was a knock out in the under world of under ground boxing and how he was tied into some unhealthy connections. Around the time Kage began to fight in matches his training also changed from thaat of physical to mental some time he was forced to miss days of school for a full day of mind breaking mental taining and while he waas not physicaly training his dad was slowly teaching him how to become stronger useing his chi. When Kage was accepted into a private school because of his grades he soon was able to see that his dad was doing somthing that could be troblesome. After every maatch or even during his dad would disapear and reapear with a broken arm or a busted knee it got so bad that he no longer was able to spar Kage. Kage soon learned that his doing well in boxing was the cause as people wanted it to make a name for them selves and some planed on doing it by their connections forcing others to throw fights. Around sixten his father was almost killed and Kage had his last fight leaveing his boxing abruptly though he never seaced to be facinated by it and always practiced and learned from his dad. His dad's relationship with him diminished as they both knew why he had quit though neither talked about it and since boxing had become apart of both of their lives it was hard not to bring it up during conversation eventualy Kage got to a point where his dad kicked him out with all the prize money he had earned leveing him with a few simple words."I have taught you how to be a man, how to fight, how to live and there is no more I can teach you though I wish you never stop learning as I have taught you all I can not all you are capible of you are on your own now." Kage had protested for a week before useing the money to buy a place to stay at. During that week he had turned eighteen and is finishing his last year of high school.

The ability to use 100% of muscle mass increasing users strength. Variation ofPeak Human Strength and sub power of Body Supremacy.

The power to have denser and tougher bones/muscles than normal humans; even though this power is not classified as 'superhuman'. A sub-power of Peak Human

Users of this ability have a higher-level of denser/tougher bones and muscles than the average person; their durability are at the peak of human conditioning, which entails that users are capable of withstanding situations that the average person cannot. For example, they can take getting beaten by a thick wooden baseball bat and it would break, falling a couple of stories from a building, getting shot in non-fatal areas of the physical body, survive an entire building collapse, and possibly withstanding beatings from superhumans.

Retrieved from "https://yakuza-mob-roleplay.fandom.com/wiki/Kage_Anoki?oldid=36960"
Community content is available under CC-BY-SA unless otherwise noted.