"I'm not some big shot fighter, and I'm not exactly the toughest guy around either....BUT I AM NOT A COWARD! SHINPAKU UNTIL THE END! LIVE FOR THE DREAM AND DIE FOR THE DREAM!!"-Josh Bullwinkle 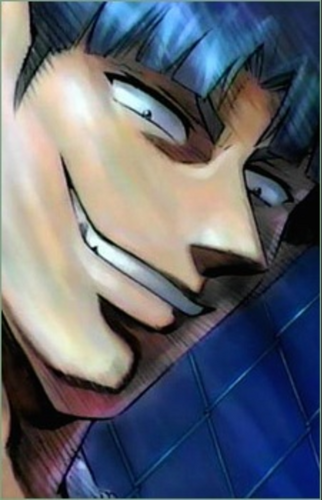 Josh is very OCD to the tee, often requesting that everything he do be done right, an perfect. he loves to build things and uncover mysteries, even if they do mean the death of him. He's often very flexible in his views, but he  is also very stern and stubborn when it comes to how he feels concerning his tech, inventions and stratigies. Josh however as bright as he i, is very very cunning. Often understanding tha tto et the job done, some shit has got to go, and if it's got to, then it just HAS to go. Despite his often cowardly tactics, he shows himself to be a very cunning individual, thinking many steps ahead and planning for contingencies to the point that both the enemies and allies have complimented on his leadership skills. He is a very sly person who watches Connor's progress with much interest. He is very adept at running away from dangerous situations and can even outpace the likes of Connor at times, who can move considerably fast. Some say it's the power of "cowardess',

Josh has a rather "alienated" appearance. Slightly tall for his age, he has a slim yet solid physique, sharp fingernails and gangly limbs. His facial features are somewhat demonic: a long with sharp nose, long pointed ears jagged, fanged, or even just normal. It's mostly because of his seclusion from the world, but some call it bad hygene. 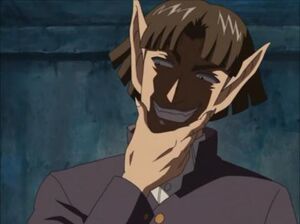 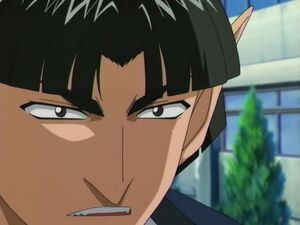 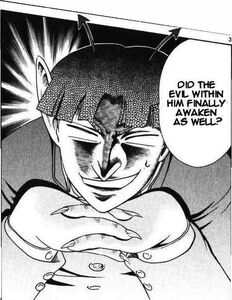 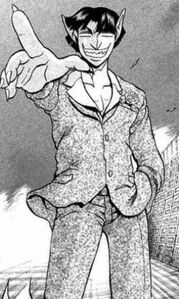 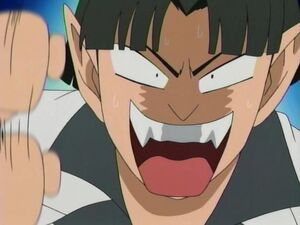 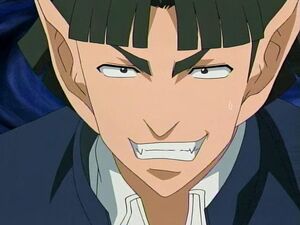 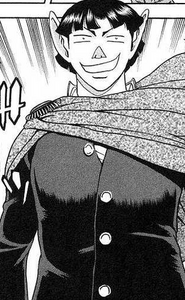 Mechatronics and Tech expert for the Shinpaku Federation

Josh has no fighting experience what so ever, however he is literally so adept at Running away, he's come up with his own personal escape style labled the "Josh Escape Arts" which aid him in analyzation and escape tatics for almost any situation with almost inhuman insight. Even with this he is still able to see chi, which shows he has some form of fighting potential. He mostly channels  it into his brain potential rather than his physical ability.

This is a weapon Josh invented in his free time. He needed something to be able to defend himself against those who were phsycaill superior or more pro fighters than himself at this moment. It is a black metallic contraption that looks like a cross between a shortened staff and a slingshot. It has a resemblance to the beetle's horn. Unlike conventional pratical sling shots, this one can fire faster, farther, and more accurately than even the beast sling shot on the market. The slingshots's effectiveness is thanks to its design, its five prongs that help with its stability and range. The Breath Dial also installed in it gives it more strength. When Josh shoots, the contraption activates and gives the ball shot from the Kabuto a rotation. These open up a whole new range of attacks for Josh to use. If the Contraption that is installed is changed, the ball shot will become even more powerful. The slingshot has the optional ability to grow into the size of a regular staff for even further increase acuracy and sniper like posistion, or for combat (if it comes to that)  It's basic ammunition consist of 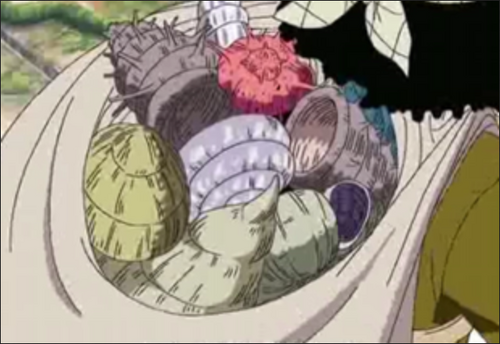 The Axe Contraption delivers a thin blast of air in the shape of an X and is capable of slicing through a man and his iron shield in one blow. Storing pressurized air within a container, only to have funnels that release it in a certain way and shape for a desired effect. It's also capable of boosting a person off of the ground or pushing one through the water, or acting as an oxygen tank. It's bascially 4 gallons of compressed oxygen that has multiple uses, and can be fired from the shot if need be. This particular Contraption is expendible and comes in multiples.

The Flame Contraption is capable of absorbing fire/heat, and expelling it as fireballs proportionate to the amount of heat/fire absorbed. It is also commonly used to power up ovens and other heating devices This is a very grueling process on the technology that is used to manufacture it, and as such this can only be used twice before this contraption breaks down and becomes useless.

The Flash Contraption is one of the three known types of Contraptions that store and release light, which is abosrboed via UV rays (sunlight). The Flash Dial lets out an extremely bright amount of light for a very brief period, effectively causing temporary blindness if used against a person (for 1 post) and releases a sonic noise that temporarily defens the opponent. It's also used for domestic purposes and not for battle, because, as the names suggest, they release the light over time instead of all at once. The user of course will have to put in ear plus to keep from being effected.

The Impact Contraption is one of the most deadly of Josh's inventions. It may be hit by anything blunt or capable of emitting force and  absorb the kinetic energy. Once the apex of the Contraption is pressed, the stored energy is released, usually causing internal injuries to a living body, while not leaving any visible external damage. The Impact Dial can also absorb the impact of explosions. This is a very powerful Contraption, and when used against powerful foes can usually be a massive game ender. However, that being said, this can only be used once before it's completely borken and useless for the current battle situation.

The protection contraption is a contraption meant for it's name sake. It creates a thick layer of condensed and compressed light, that reflects projectiles, or protects him from harm in a 360 degree radious. This is a very powerful contraption, but will dull down after 3 useages.

A personal data device connected directly with the Shinpaku Network (coming soon) it allows Josh to access information on a rapid high speed network, at proper and conveinet times when he needs it. He even keeps files on all the people he meets, taking in informatiion, data files, and noticible features about them to send to the data base.

Josh was a sheltered kid for the majority of his life honestly. He never had many friends,and only sought refuge in his toys. However this was perhaps his greatest strength was taking apart his toys and putting them back together, but it was more than just what limb went where. It evolved into putting the back leg peice to the back leg peice, and super gluing thme together to get different results. It went from toys to game systers, from games to tv.s and everything else. Josh kept sheltered, but he was always the sneaky kid in class, stealing food pencils and everything else. nothing took away from his lonliness. When he hit high school, he stayed in his shll but eventually joind the mechatronics club and was happy to be around other nerds. When Connor took it over, he actually gained an admiration for the guy, and his odd leadership skills, and decided that he'd folllow him. He'd never outright say he looked up to him, but he would be open abuot how strong he viewd Connor. That and he keeps a record on connor's progress often.

D - Least to not Dangerous, those with this Omega gene level have a scale of 51-55. This is the only point class that doesnt move in the 10's. After 55, the points all jump for 10 a piece. These arent labled at threats, but never the less not really accepted by humans either. These will typically be simple humans with either one or two peak human attributes.

Retrieved from "https://yakuza-mob-roleplay.fandom.com/wiki/Josh_Bullwinkle?oldid=42837"
Community content is available under CC-BY-SA unless otherwise noted.