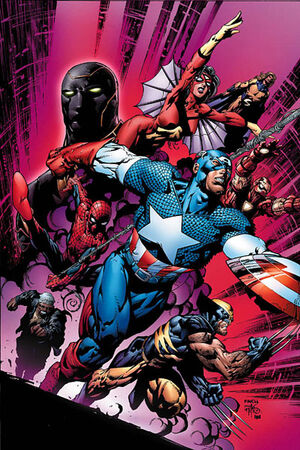 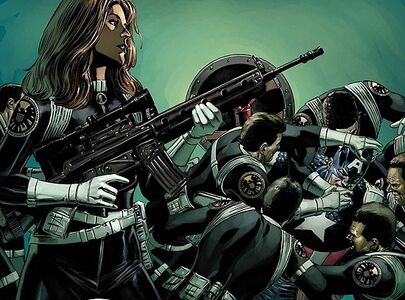 Do you like dressing in spandex, and saving the day with style, over the kpd's code. And a little bit below gang and yakuza ways? You wanna kick ass with bad ass gadgets and tactical fighting skills. And looking COOL! Not to mention  GETTING PAID TO DO IT!!!   Look no further. Heroes for hire, is what you need. Join up and you'll be able to take on evil deeds from the KPD, the Yakuza, Gangs, and whoever else! You are the real protectors of this city. And dont you ever forget it!

Location: ( Where it will be located, I. E. room on IMVU)

Reward: ( What will be gained for doing the task.) 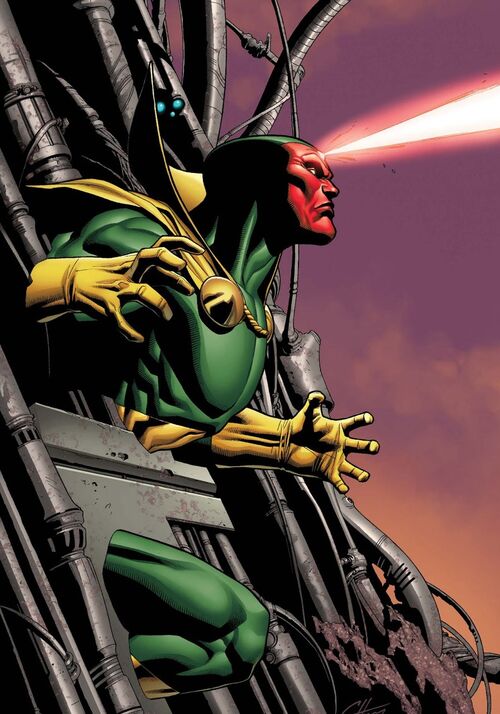 The Syndroid is a rouge andriod that has recently been linked to a string of technological disproportions in Neo Washington. The cops even with the left over KPD tech advantages, he has proven to be a slippery cybernetic being to catch. While he's not harming anyone in particular, he is and has been stealing valuble information regarding secrets of the Pentegon, Lions Corp, and Heroes Inc. With that kind of information, the world at large could be in terrible danger! Aphrehend this fellow, and wipe any source of information he may have that concerns the national secruity of the state.

DOA: Shut it down 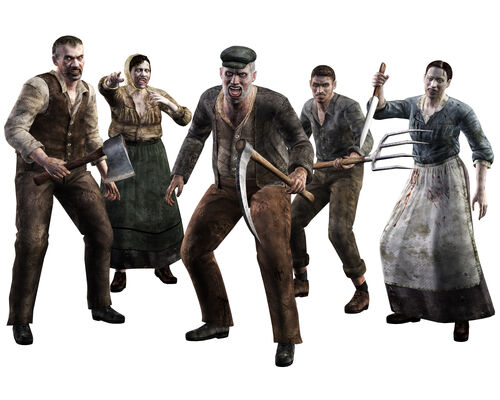 As of recently in West Austrailia, there has been a recent break out of what people are calling "Zombies." Their not so much zombies, more so their braindead humans who've been biologically modified to somehow function without a brain. This puts them in a state of Enhanced Condition seeing as how they have no inhibitors in their brains that tells them to hold back or regulate their strength. These "Zombies" are not beyond saving, but saddly as of now there is not cure...you will be required to shoot and kill on sight. The main priority of the mission is to investigate the base where it all supposedly innitiated. Take any samples of the Viral out break and returning it back here to have it analyzed and gone over. If you are infected on the journey there, please do not return to the states.

DOA: Shoot to kill until cure is fined. 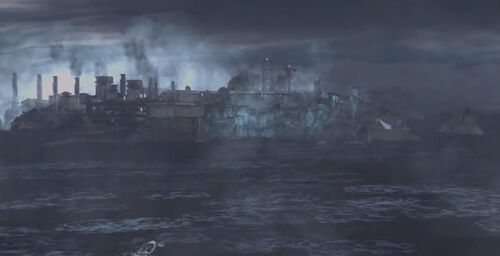 Add a photo to this gallery
This mission is a senstive one. This island was once owned by one of the most powerful congolomerates in the world: Shining Knights. They organize and preform their duties in the dark and supposedly use the cover of being a high class medical company to recieve governement bennifits and endorsements. Their legalities make them nearly invincible, which is why all operations involving and concerning them are Black Ops only. The mission is to go into the abandoned island facilities and investigate any illegal activities that may or may not have gone on in there. Our suspecion is that this is one of the many bases that produced Titans: Mutated Super Soliders that utilize the failed Z-Serum but have perfected it enough to the point where their bodies are abnormally large, making them physical tanks. Go in and make sure this is a rumor...if not. Elimnate the island and get out of there.

Location: An island in the Atlantic 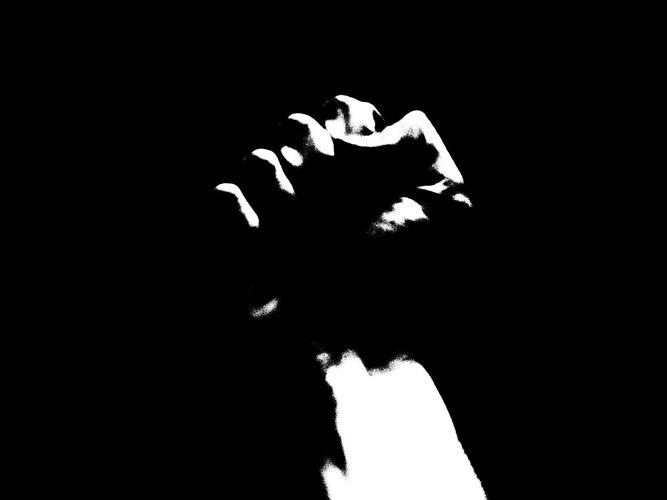 The Black Glove Society is A secret organization that was founded by the survivors of World War III which took place years before the city of Kasaihana was built. The purpose of creating the organization was to put a quick end to the world leaders contributing to the war with their chemical weapons and weapons of mass destruction, by recruiting the world's most qualified soldiers and turning them into highly-skilled assassins that would take out army generals and other men and women of power. Among one of the founders was Roman Pendergast's grandfather, Kenshin Maro Pendergast, who was said to be one of the top spies/assassins of the organization who went by the name of Deadzone. Because anyone who came within 20 feet of his proximity and had no identification or verification of being with the society, was killed on the spot. Currently, the organization has a member count of about 220 spies and hitmen who are located throughout the world and engage in almost nonstop travel and achieving nearly impossible missions. Eventually they fused with the Maru Jitai to form Lion Corp, however not everyone of these 200 members were happy to do so and some defected. They eventually met up with Ex-Russian military scientist and sleeper agencies, and from there formed The Onyx Society.

The Black Onyx Society was one of the Shining Knights Russian Branch espionage training facilities. It which plays a critical role in a many agents life. However The Onyx Society had been around for decades, more noteably during the Cold War to train the deadliest female/male spies in the world. It was created due to the success of their previous sleeper agents. Their belief was that “The right agent, in the right place, at the right time, is better than an entire army of men and women fighting on the front lines.” They recruited orphans, people with no family ties, to make them undetectable deep-cover agents to infiltrate China and the West. The core methodology was designed by Professor Gladius Stone, a leader in the field of psychotechnics, and allowed for imprinting people with almost completely fabricated memories.  They were made to believe that they were trained in the Russian KGB. Furthermore, every agent receives their own variant of Nanomachines that enhance their peak physical performance, to ensure little to any failure what so ever.  The K.G.B. continued the Red Room still operated in the late 1970's. The program was making a reality out of the disinformation, thus helping hide what the real project had been. During said Cold War, battles were fought with espionage and stealth as to maintain the peace of mind in the nations they represented. The Rumor has it, the Black Onyx Society, is resurfacing and once again awakening it's sleeper agents. Every decade or so they're put to sleep or woken up from stasis in order to preserve their skills for future wars or generations. We're here to prevent that from taking place, unless we want another secret warefare going on right under our noses. Head to Neo China, find their base of operations, and shut them down immidiately. We don't need another Cold War, even colder than the last.

The Mission Takers:  I call Dibs 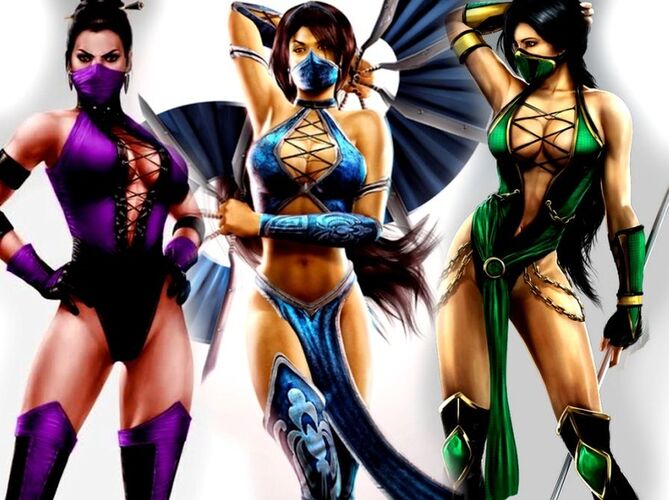 The Shanghai trio is notorious for being a gang of female ninja's with supernatural powers, that roam the United Kingdom and pull off exteremely complicated and very obscene crimes and robberies seemingly for the attention. They are three buxom vixen sisters, one of which bares a striking resemblence to someone already over seas, these ladies are lethal and do not mind making the kill to get their prize. Their crimes seem pointless, and don't have much of a connection, but it our intellegence agency dictates, they use a secret off shore account, that has no allias other than the letters "SK." Sound familer? This Shining Knights organization is making moves. Lots of them. We can't take anything they have, or have done for granted. Not even for a single second. The moment we do is the moment we drop our gaurd. If they've got any connection to SK, tag em, bag em, and brnig em in for questioning. 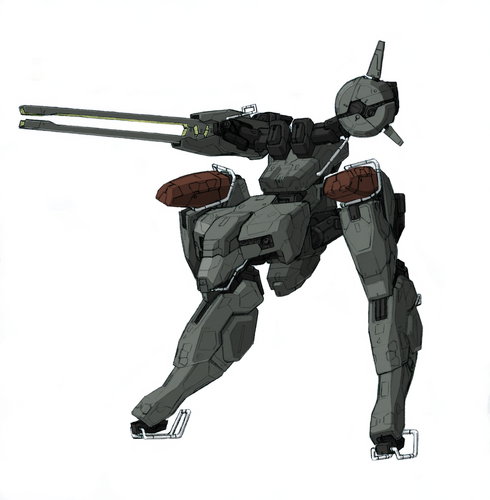 As everyone knows Canada is heavily allied with the Japanese for future wars and trade amongst each other. What Canada didn't know is that the Japanese have heavy ties with the national terrorist Deadman. As such, the japanese have been purchasing heavy nuclear weaponry. This. Is. A. Problem. The Japanese, while we do have a peace treaty with them, purchase of nuclear weaponry is prohibbited against our agreement. To avoid a national catasrophe we're going to handle this completely under the radar. You're mission is to venture into the capital of Japan's millitary base, UNDETECTED, find and secure the war weapon, and any further or puture plans. If those weapons launch even one nuke on accident we've got a war ahead of us. This mission is of the highest importance, do not mess this up. There is also a mysterious man running the show over there, who may or may not be an american. Aphrehend him as quick as possible.

Retrieved from "https://yakuza-mob-roleplay.fandom.com/wiki/Heroes_Inc._Quest_Board?oldid=51590"
Community content is available under CC-BY-SA unless otherwise noted.