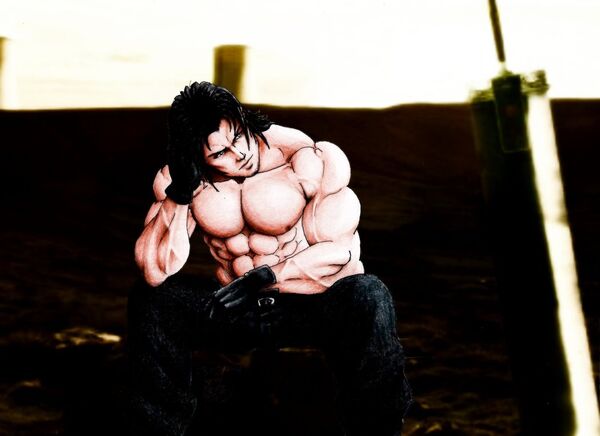 The dimachaeri were equipped for close-combat fighting. A dimachaerus used a pair of siccae (curved scimitar) or gladius and used a fighting style adapted to both attack and defend with his weapons rather than a shield, as he was not equipped with one. Little else is known about this class of gladiator, but due to the difficulty of wielding two swords it can be inferred that dimachaeri were highly skilled and experienced fighters, and were probably relatively exalted as a class of gladiator. Dimachaeri would have been ideally suited to fight heavily armored opponents and they may have fought other dimachaeri, as well. They are known to have been paired against the hoplomachus and are also referred to as fighting against a gladiator class called an oplomachus, which, according to Justus Lipsius, was a putative variant of the Samnite.

After being captured by The Unknown and his associate, Daisuke had been delivered to Deadman to train and survive as a gladiator. This allowed him to recieve extensive training in multiple fighting styles perfect for creating the best gladiator around. Having already recieved hand to hand combat training throughout his life, Daisuke didn't have difficutly overcoming the obstacles of being a champion gladiator. In most fights Daisuke will fight with his two curved knives. He utilizes a fast and quick fighting style with the use of these blades while not lacking in power and strength. On some occasion, Daisuke has taken on a higher challange to fight without any weapon at all. Giving himself a disadvantage to fight with nothing more than his fists and martial arts expertise.

He rarely does this, but chooses to do so when he wants the fans to get excited and more into the fight. He has grown to love the fight and giving people an amazing show. And if giving himself a disadvantage helps excite the crowd, he is more than willing to do so. Daisuke's fighting style also revolves around the quick reflex and fast thought process he has. Throughout his life training in Martial Arts he has devolped what he likes to call "Chain Fighting." This is a phrase to help explain how his thought process unfolds during a fight. Like a chain, his movements are always connected to something else. A punch may be a trap to set up a judo technique, or a takedown is a set up for a striking blow. His mind is almost moving to be nine steps ahead of his opponent. Like a chess match, he uses his swift thinking to help anticipate his opponents move before he even does. This has helped Daisuke win many battles. 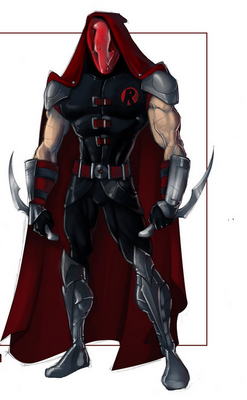 Because he is a champion of the roman empire, he is given the honor to wear high end armor. With his true identity hidden behind a bright red mask. This red mask is made from steel. His clothes are made by thick leather garments. His cape is also made from a leather mesh. The shoulder pauldrons and his boots are made from solid steel, along with portions of his forearm protectors. The steel extends from his forearms to over the base of his knuckles. But his fingers are only covered by the gloves he wears underneath the steel forearm protectors.

Retrieved from "https://yakuza-mob-roleplay.fandom.com/wiki/Daisuke_%22The_Mad_Titan%22_Yun?oldid=49730"
Community content is available under CC-BY-SA unless otherwise noted.