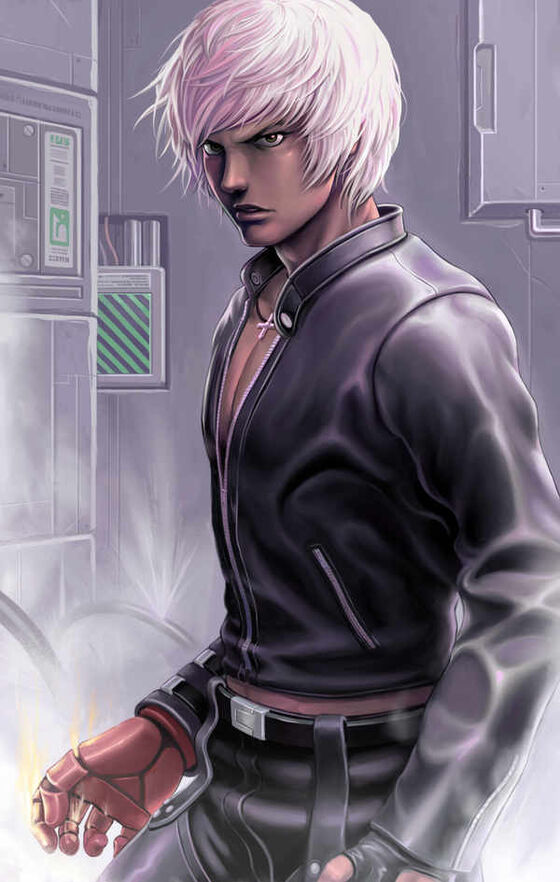 Brick Wall has a very serious personality but is very easy to enrage due to his more high-strung side. He is hardly polite and is always gruff, even to those close to him. Because Brick usually expresses his concerns in a "tough guy" manner, His friends jokingly calls him dishonest or stiff. He sees anyone who's on his level of strength as a rival and wants to prove he is better than anyone, not as only typically because he's a clone. Brick wakks rather immature personality "whiny", lazy, anti-social and constantly rude to others. It is also pointed out he feels trapped in his life and is also rather very lazy and hates involving himself in most things he finds trivial, in terms of his  nihilistic mindset. He of course, despite his laziness to partake in the alot of tournaments, at times often boasts about his abilities to take on anyone anytime, anywhere, which is something not quite far off from his capabilities.

Brick wall has white hair that he got from his mother, and his tan skin from his father due to him being mixed with black and white. He has a muscular build and looks alot weaker than he really is. 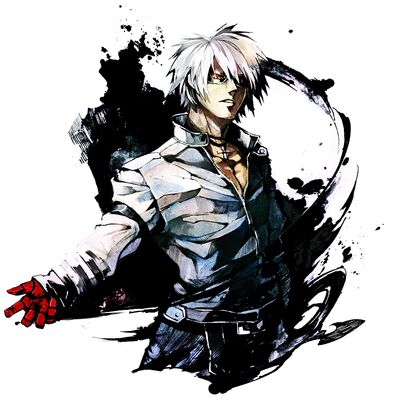 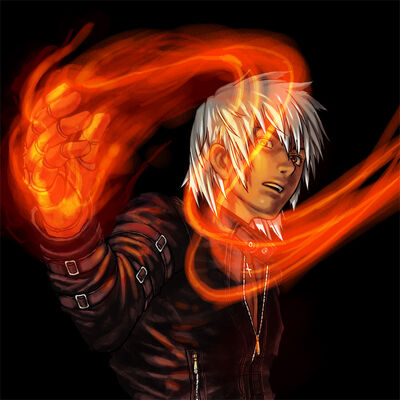 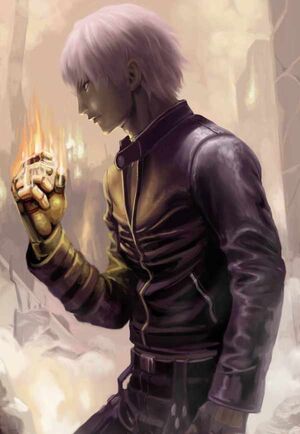 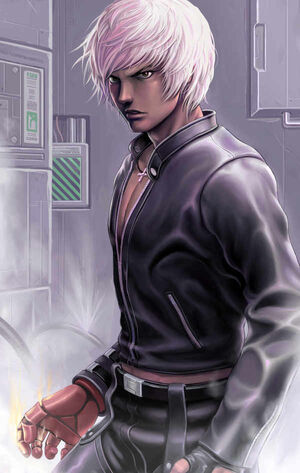 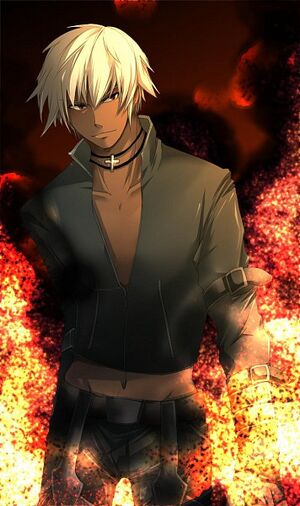 He lives in District 1

After his battle with the horsemen, and the blood from the horsemen of war got within the young fighter and it empowered him, making his body a living conduit of power, constantly dosing out solar energy and flame thats composed of a powerful destructive chi compound. Users can create, shape and manipulate fire, the rapid oxidation of a material in the exothermic chemical process of combustion, releasing heat, light, and various reaction products, flame being the visible portion of the fire. Depending on the substances alight, and any impurities outside, the color of the flame and the fire's intensity will be different. 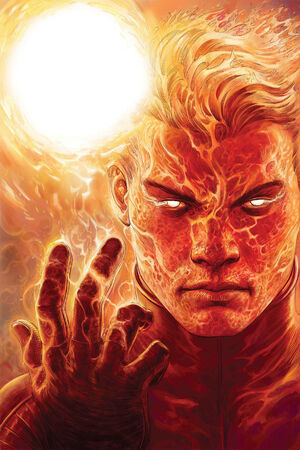 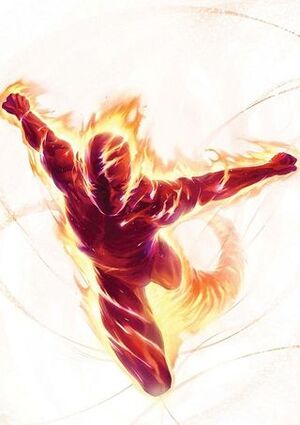 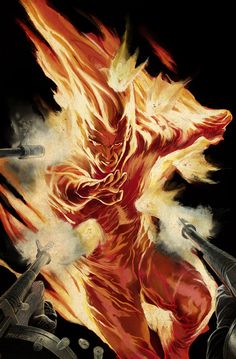 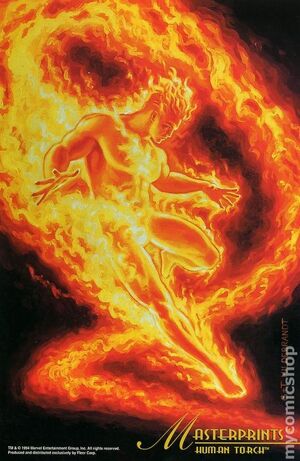 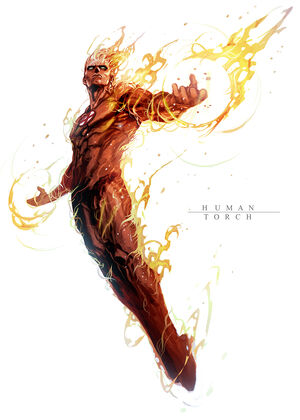 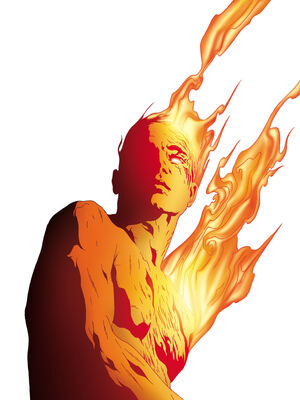 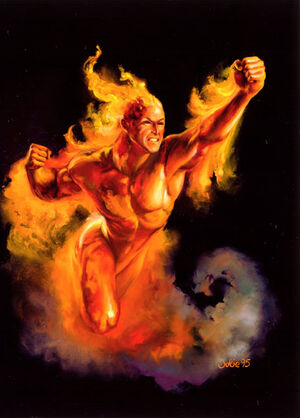 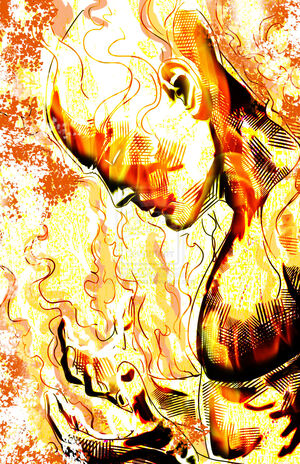 Ninjutsu is a martial art that focuses on stealth and prosicsion. It is both an armed and unarmed martial art. Ninjutsu is an ancient martial art that's been integrated into countless martial art styles, mostly armed martial arts, and the traditional teachnigs of Ninjutsu have not been used in combat in centuries. The Kuremisago Clan has continued teaching the traditional techniques and have passed them down from generation to generation, doing so has given them a full understanding of Ninjutsu and the human anatomy, and as such they have become a Ninja lineage with access to unique fighting abilities. For those who want a bit of finess in there fighting, wanna be flashy and wanna kick ass. In order to have this style a master or someone had to teach you this. If you have this style and dont state who was your master who taught you these ways then you'll be asked to fix it.

is a martial art developed back wayyy before the war in the Ryukyu Islands in what is now Okinawa, Japan. It developed from the indigenous martial arts of Ryukyu Islands (called te (手), literally "hand" tii in Okinawan) under the influence of Chinese martial arts, particularly to that of the Fujian White Crane.Karate is a striking art using punching, kicking, knee strikes, elbow strikes and open hand techniques such as knife-hands, spear-hands, and palm-heel strikes. In some styles, grappling, throws, joint locks, restraints, and vital point strikes are also taught.A karate practitioner is called a karateka (空手家). This is for everyone who simply wants to be a powerful diciplined fighter. Like the other two styles, this base style can be branched into something much more powerful later on. With this style your more than likely much more intelligent the average bear and you can really dish out some damange. Like Ninjutsu above, you need to state where you learned this style in your bio.

The word "Dou" means motion. A Dou type martial artist uses his/her anger to exceed his/her limits. As such, they tend to be aggressive in combat, and very rarely strays from the offensive. At some cases, they are even bestial, as seen with Miu and Kisara, after receiving intense emotional pain and frustation, respectively. Users seem to rely heavily on instincts and brute strength when fighting. Dou fighters have a technique for reading the opponent's movements which relies on exciting themselves that's an equivalent to a Sei fighter's Ryusui Seikuken. A Dou fighter focuses on making their ki "explode" after channelling it through a target to deal damage. According to the manga, Apachai, Sakaki, and Miu are all Dou types. It appears that Dou types are more prone to move onto the path of Satsui no Hadou(Dark Energy), because they fight with anger, and can hardly control themselves when fighting.

Automail limbs are generally made with a full steel skeletal frame layered with steel armor-plating to protect the various wires and intricate machinery inside; however, contemporary technological advancements have allowed certain Automail to be comprised of other materials such as carbon fiber, fiberglass, chrome, copper-nickel and aluminum alloys, so as to be less cumbersome and more durable than steel in abnormal conditions. On Brick's Automail the metal would be Onyx, and Antimantium within the interior of the Automail so that it would stay sturdy, so even the most devastating attacks like even a TANK running over it full speed would not shatter the object completely, so a full Challenger 2: 62,500 kg would going at 90 mph wouldn’t even destroy it. Now, on the exterior… it is pressured down, forcing it to gridlock with the outter covering of the other metals used and layers over the exterior as well so that it wouldn’t rust quickly. "Rusting" is a word which is reserved for iron oxidizing, but the other metals will also form oxides. There are many different kinds of steels, some which rust more easily than others. Stainless steel, for example, pretty much doesn't rust at all, but it has significant amounts of other elements, usually chromium and nickel, in it. This is what was used for the outer base mostly consisting of the stainless steel than the other metals listed. Aluminum is fairly resistant to damaging corrosion, but it forms a thin oxide layer very quickly, which makes a hard barrier to prevent further oxygen from coming in to interact with the remaining aluminum. This is one reason why aluminum is a favorite in structural coatings like aluminum siding on houses and aluminum screen doors -- they do not fall apart when they form a coating of corrosion, which will happen over the years the more he uses it.

Brick got his automail arms when his father was shot at during a drive by when his father went to see him after years of being out of his life. His father, guility over what happened. Gave his son the arms of bosses father to compensate, allowing his son to have a life.

Retrieved from "https://yakuza-mob-roleplay.fandom.com/wiki/Brick_Wall?oldid=39661"
Community content is available under CC-BY-SA unless otherwise noted.