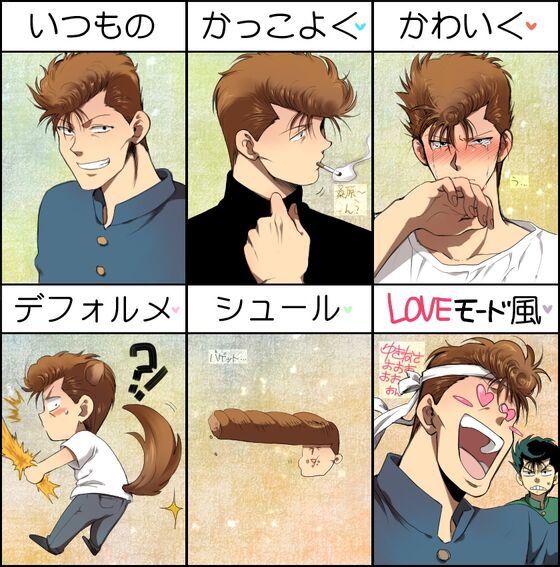 This person is in love with love.They believe in fairy tales and love.They're not to be confused as stalkers or creepy because that's not what a hopeless romantic is. All hopeless romantics are idealists,the sentimental dreamers,the imaginative and the fanciful when you get to know them.They often live with rose colored glasses on.They make lovelook like an art form with all the romantic things they do for their special someone.

Unlike most boys his age, he spends his time getting high and fighting and having sex. Therefore his physic is scronny. Littered in tattoo' he likes to be seen. Wearing obscene things for attention and the such. He had blood orange pompador like hair. And Dark  glowing eyes. Fair skin , and piercings all over his face. 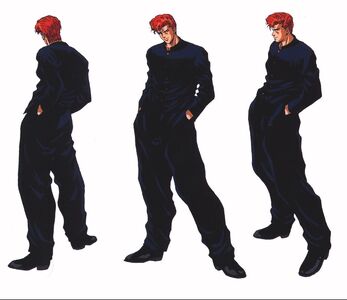 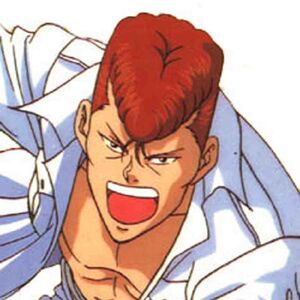 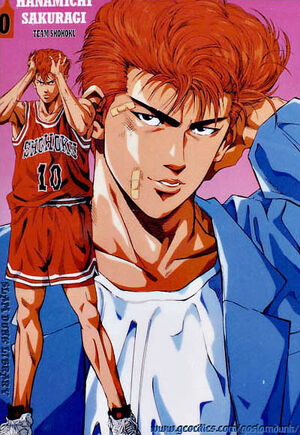 He lives in district 1

Beside with being the leader of his gang. Blake does courier work for a variety of the new gen yakuza gangs.

Dou: The word "Dou" means motion. A Dou type martial artist uses his/her anger to exceed his/her limits. As such, they tend to be aggressive in combat, and very rarely strays from the offensive. At some cases, they are even bestial, as seen with Miu and Kisara, after receiving intense emotional pain and frustation, respectively. Users seem to rely heavily on instincts and brute strength when fighting. Dou fighters have a technique for reading the opponent's movements which relies on exciting themselves that's an equivalent to a Sei fighter's Ryusui Seikuken. A Dou fighter focuses on making their ki "explode" after channelling it through a target to deal damage. According to the manga, Apachai, Sakaki, and Miu are all Dou types. It appears that Dou types are more prone to move onto the path of Satsui no Hadou(Dark Energy), because they fight with anger, and can hardly control themselves when fighting. However, Keyth Tasanagi, Keyome Tasanagi, Drankin and Zetsui Ryukiri. Have all shown signs of control with there dark hadou despite its dark nature.

Power to use the abilities of oni. Variation of Yokai Physiology.

User with this ability either is or can transform into an Oni, variously translated as demons, devils, ogres or trolls. Depictions of oni vary widely but usually portray them as hideous, gigantic ogre-like creatures with sharp claws, wild hair, and horns growing from their heads. They are humanoid for the most part, but occasionally, they are shown with unnatural features such as odd numbers of eyes or extra fingers and toes. Their skin may be any number of colors, but red and blue are particularly common and are often depicted wearing tiger-skin loincloths and carrying iron clubs.

Oni were originally invisible spirits or gods which caused disasters, disease, and other unpleasant things. These nebulous beings could also take on a variety of forms to deceive and often devour humans. In folktales they are usually malicious, man-eating creatures to be feared and slain by valiant heroes, the oni can also have a protective function. They are often described as rowdy, party-loving bunch with fondness for contests and games. Most oni, especially in folktales, are rather foolish and/or simple beings, but some are both highly intelligent and creative.

However, Without a Oni, Onihrouda's are just a vessel waiting to get an Oni within them. But if they don't have them they only have a few abilites listed above which ill state here.

Satsui no Hadou is a form of Ki that emanates greatly from oneself through the darker aspects of natural human instinct and the desire to survive, to trample, and impose over opposition, and on a metaphysical level, the natural occurrence and manifestation of loss, decline, and destruction. To tap into the ki of the Satsui no Hadou, a fighter must be so consumed with the desire to win or have such an intense rage, that they are willing to kill. Only people who push themselves to be the best at all costs, can take full advantage of it. So even with a high level in combat, there would still be much to be done.

For those who do succeed in controlling it, they develop a cold, cynical detachment from themselves, as well as others. As such, Satsui no Hadou makes a person unbelievably strong, but at the cost of one's humanity and compassion, making them emotionless almost or almost insane if decided to let it consume them.

Another side-effect of this power is that when a warrior embraces the Satsui no Hadou to their fullest extent, they will gain a lust to fight to the death, their eyes will turn white or red, and their beliefs in fighting become very dark and cold-blooded. The warrior's personality will also change and become very violent and dark. However, as shown in the case of Goutetsu, if one embraces it to a small degree, their eye's pupils will become blue, and they will have no willingness to destroy anything or anyone.

Once a warrior has awoken the Satsui no Hadou within them, it can be very hard to resist. Learning Satsui no Hadou is the first step in learning the most fatal technique known to all of their martial arts, meaning everyone has a general knowledge but only when they train and master the martial arts can they fully use it. If one has used it to their fullest extent for too long throughout years of their life, they will transform into a demonic being, likely one similar to Oni.

( Sword? A pair of steel brass knuckles that are spiked on the tips of each knuckle.

Anyone that gets in his way.

Nate Tasanagi bred with an unknown woman that he met by the name of Amy. Seemingly she had ties with his brother Keyth. She gave up the child to adoption when she was only a teenager, 4 years before she had the well known Connor Ryoji. The young Tasanagi child doesn't even know of his linage. The boys name had been Blake. His last name being a unknown due to him growing up in the orphanage. He grew up in Tic Toc orphanage , where he lived his whole life untill his 18th birthday. He started a gang and small time criminal activity due to it coming go him so naturally. He's now 18 years in the 11th grade due to him getting held back so many times attending Kasaihana high.

Retrieved from "https://yakuza-mob-roleplay.fandom.com/wiki/Blake_Wilder?oldid=36051"
Community content is available under CC-BY-SA unless otherwise noted.