" O Holy Spirit, descend plentifully into my heart. Enlighten the dark corners of this broken heart, and allow me the power to lay my enemies limbs upon thy battlefield, upon your soil my lord. " 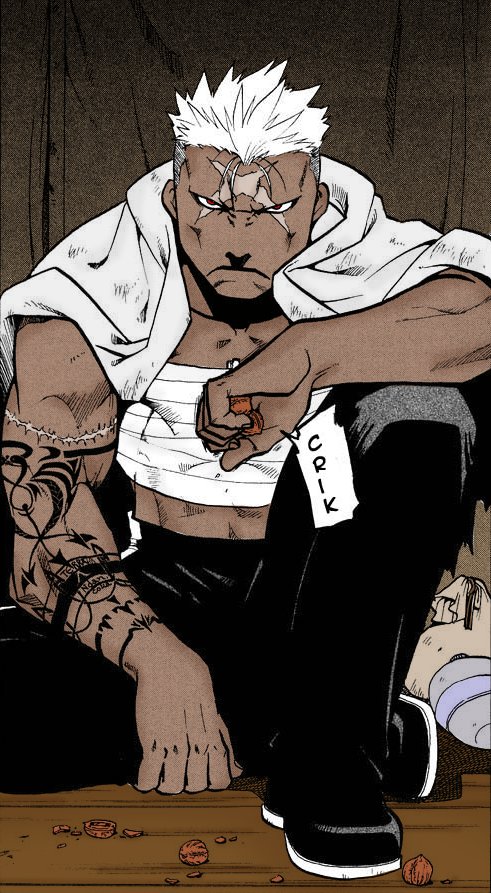 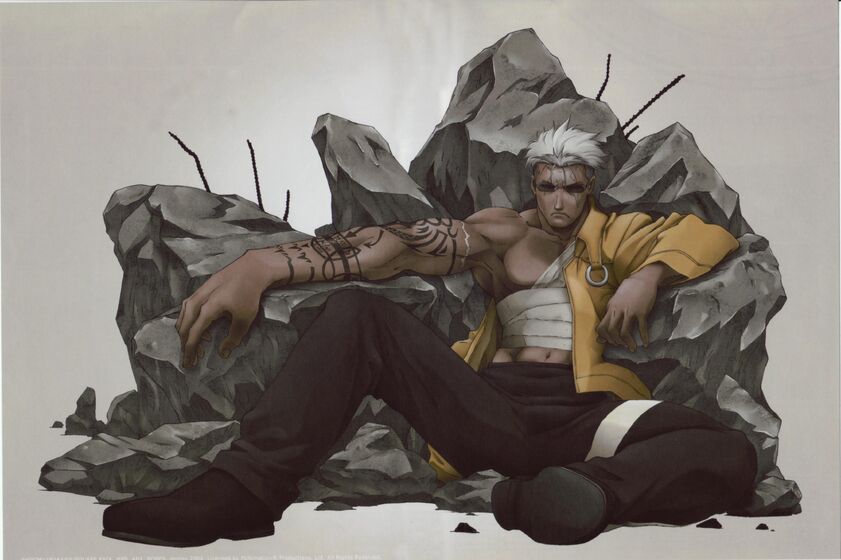 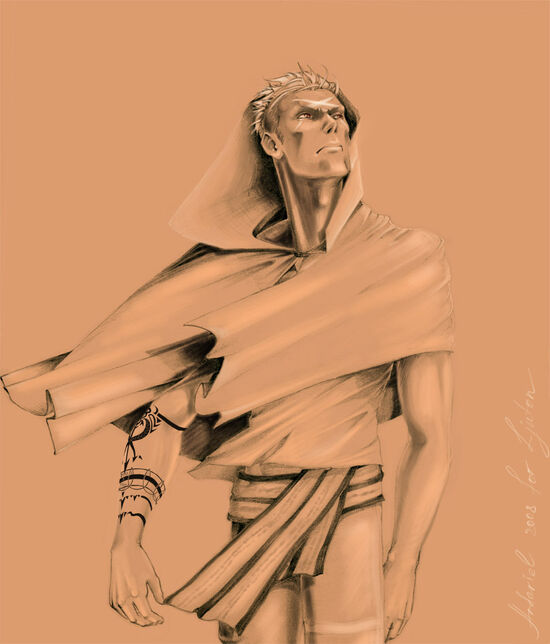 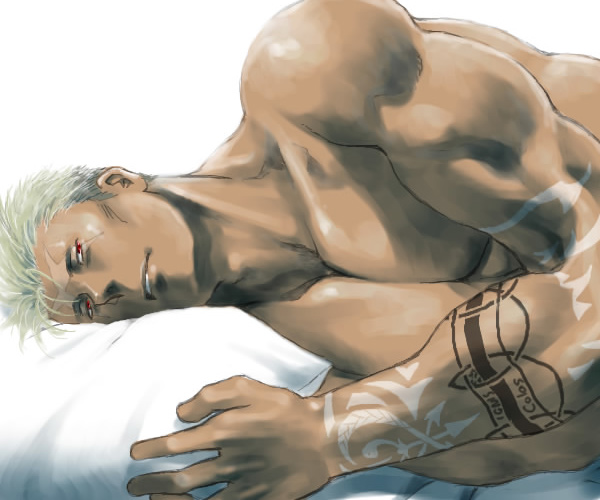 Being a native Skylander, the man known as 'Bandit King' carries the dark complexion and distinctive red irises of his people. He is fairly tall with a muscular build and his hair is shaved close on the back and sides, leaving a silver-colored crown on top. Bandit's  right arm is adorned with a thin scar stretching entirely around the limb where the bicep meets the shoulder and, from that mark all the way down to the wrist, is nearly covered with a complex tattoo. The upper portion of his face is disfigured with a large X-shaped scar which stretches across his forehead and down over his eyes into his upper cheekbones. He appears to be in his mid to late twenties as of now (Ark 24)  He's usually wearing things like sunglasses to hide his red eyes from view and bears a distinctive gold-colored jacket emblazoned with a cross on the back and sleeves. Additionally, he sports a pair of black slacks with a white cross on the left leg and a white stripe running down the right.

Bandit is a decidedly brooding and angry man, almost totally consumed by hatred toward the people who destroyed his orginal homeland known as ' Orange grove '. Knowing full well that his actions go against many of the teachings of his religion, he still fashions himself an agent of God's divine punishment and takes out his fury on Powerful Omega holders. However, vestiges of his former life's kinder nature are prone to seep through. Even in the middle of his bloody vengeance, BK is willing to show compassion toward others, honoring last requests and offering a chance to pray before dying. He is reasonably wise and a skilled rhetorician, though his misguided thirst for vengeance clouds his greater judgment and leads his arguments in circles. Having had his people and his family stolen from him, BK sympathizes with those who care for their loved ones and looks after those who have lost their place in the world. Additionally, he is very protective of his surviving kinsmen and takes all their words of encouragement or chastisement to heart. His life of crime and war and senseless vengeful killing and pillaging from his dead enemies gave him the name ' Bandit King' Dropping his former name, and living on with this one from now.

High leveld Destruction Chi: His Destruction chi is mastered on such a levelt hat he can destroy things without even touching them. Simply blinking or giving things a strange look and it can explode in flames. He can even use the properties to destroy and destruction to empower himself to gain a state of hyper form. 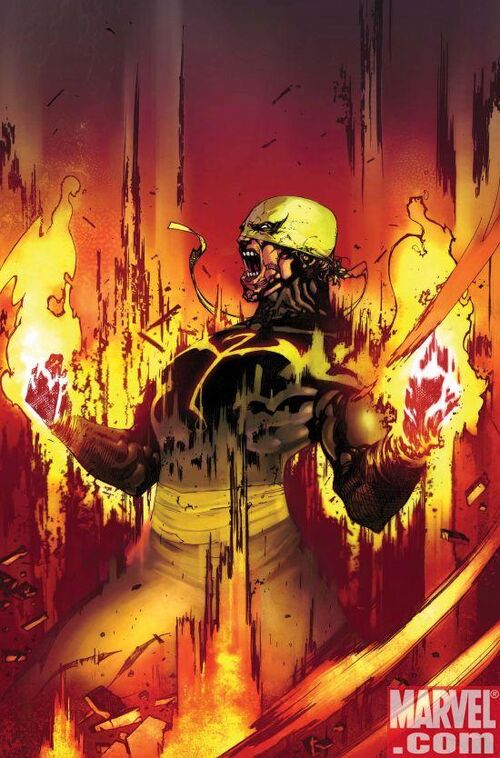 Arms of Utter Destruction
Add a photo to this gallery

While his physical prowess and intimidating figure are frightful in and of themselves, BK's most dangerous element are his arms, which are able to destroy anything with which it comes into contact by way of the intricate and arcane Transmutation Array tattooed thereupon. Even without forcing chi into his arms he can achieve this. However when he does allow chi to flow through that arms he can destroy even the fabrics of even the most powerful metals on earth.

In-Landers are those who live in the utopia's of america. Like Kasaihana city, New Nexus Flordia or New California.

To be added soon.

Retrieved from "https://yakuza-mob-roleplay.fandom.com/wiki/Bandit_King?oldid=45014"
Community content is available under CC-BY-SA unless otherwise noted.