...people live their lives bound by what they accept as correct and true... that is how they define reality. But what does it mean to be correct or true? Merely vague concepts... their reality may all be an illusion. Axel is a bit of an downer when it comes to his personality he feels lost and blames himself even when things are out of his hand. Being created as a clone has put a large toll on Axel's life he feels that he's a half of a person a man without an family, life or even cause to live. He has these fake memeories imported into his head that he hates memories that dont belong to him and even some memories he wished he had. But either way Axel is the quite type he hates outbursts and the one thing he hates is when people try to stop him, until he finds his cause in life he will have no one stand in his way.

Axel is a young man whose most prominent features are his blue hair and a red tattoo above and under his right eye, which he has had since his making in the black market he dresses himself in elegant yet simple robes; consisting of a long white tunic with black stripes across the edges and on the upper part of the arms, a decorated collar, large straps connected to decorated buckles closing the inducement on the front over a dark shirt, and matching pants and shoes.

( For incoming people, this will be set to single. But if an agreement is worked out. This can be arranged. )

Wielders of this power either are, or can become a Nephalem. These type of creatures has appeared in various forms of media, and have been described as the offspring of both an Angel, and a Demon. However, users of this power will have the potential to become more powerful than either side. This is due to the fact that said spirit would be neutral and possess power from the forces of both Light and Darkness. These beings are based off of the Nephillim, the hybrid offspring of an Angel and a human, with the only difference being that both parents are immortal spirits. (Note: However, if the user who actually obtains this power is human, they will technically be just like the "Nephilim". In fact they would be an Angel/Demon/Human Hybrid.) In terms of Moral alignment, Nephalem are neutral, but can go to the side of good, evil or anywhere in between. The same can also be said for the personality of said being. As for appearances, the wielders form would have unique features from both sides of their heritage such as small horns, colored skin and a supernatural, glowing aura that displays their divine status. The Nephalem usually undergo their personality changes during their teen years often struggling between what's right and wrong because their nature compels them to do both, they tend to have a persona that stays in the back of their mind like their alter ego one being their demonic persona the other being their Angelic persona. 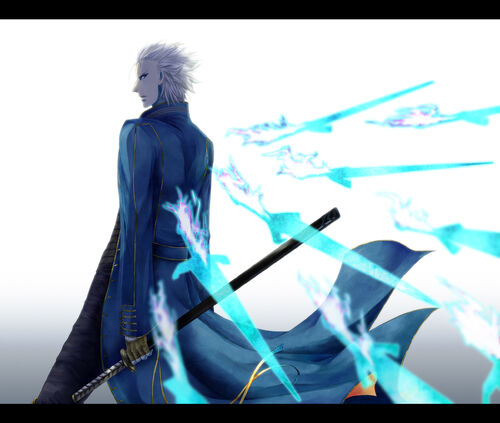 Often termed as an evil, negative or psychotic energy, which could possibly use the Psycho Drive to channel it. Psycho Power has been described as the corrupted negative of Soul Power. Through its use people have gained a considerable amount of power, expelling all remorse, compassion, and humanity from his soul. This energy also grants him the ability to float, move quickly and mentally influence the minds of other beings. They can also regenerate via the Psycho Drive/Power. (For YMRP purposes this is limited to outside battle use only) However, Psycho Power can exceed the limits of his body, depending ON the type of body it can also determine the "ceiling" of one's power level, explaining increased desires to physically work out and or consistently kill any and everything in sight. There is a direct opposite of this power called The Soul Power is, as its name implies, energy manifested from the soul. In appearance, Soul Power is a kinetic, color-changing energy that people channel from their body and often through materialistic objects, allowing them to control it as a weapon and supplement ones attacks with Soul Power.

Kickboxing: is a group of stand-up combat sports based on kicking and punching, historically developed from karate, Muay Thai and Western boxing. Kickboxing is practiced for self-defense, general fitness, or as a contact sport. Japanese kickboxing originates in the 1960s, with competitions held since then. American kickboxing originates in the 1970s and brought to prominence in September 1974 when the Professional Karate Association (PKA) held the first World Championships. Historically, kickboxing can be considered a hybrid martial art formed from the combination of elements of various traditional styles. This approach became increasingly popular since the 1970s, and since the 1990s, kickboxing has contributed to the emergence of mixed martial arts via further hybridization with ground fighting techniques from Brazilian jiu-jitsu and Folk wrestling. There is no single international governing body. International governing bodies include International Combat Organisation, World Association of Kickboxing Organizations, World Kickboxing Association, International Sport Karate Association, International Kickboxing Federation, World Sport Kickboxing Federation, among others. Consequently, there is no single kickboxing world championship, and champion titles are issued by individual promotions, such as K-1, Glory, SUPERKOMBAT, Lumpinee Boxing Stadium, among others. Bouts organized under different governing bodies apply different rules, such as allowing the use of knees or clinching, etc.With this style, The user possesses a completely unpredictable nature, rendering them immune to users of Combat Perception, Body Language Analysis and Adoptive Muscle Memor

Due to being an clone Axel was blessed with an Artificial heart this heart alone has increased his physical physique causes his heart to pump more blood in the body much faster than an normal heart. The Power is supplied from an external source to components under the skin, without penetrating it, using inductive electromagnetic coupling – the same principle as used by transformers to transfer electricity between different circuits. Due being a clone Axel heart is located in the right side of his chest than his left, it gives him more of an edge when in battle. Due to the state of the art tech that was used Axel's could have feeling and even feel things with his heart than it being an machine.

Hands of Destruction: One of Axel's favorite skills is to use his hands to take down what stands in his way it all starts with Axel coating his hands with Chi each finger tip is strong enough to send devestating forcs towards his foes. Thanks to his Destrcution and Physical Chi Axel's is able to use his fingers to disrupt and break down some chi based attacks and is able to send vicous blows with only using his fingers. Axel is also able to eject chi from his hands as a means to slow or impede incoming projectiles.

Ying and Yang: is a cursed spear 1.4 meters long, It can fire off extremely powerful compressed air from the tip, but because it is filled with Kain malice. he normally keeps it wrapped in a talisman cloth to seal its abilities and keep it Axel sword was crafted by the evil sword smith Kaijinbō from the fangs of the Doll house as part of him continued efforts to obtain. This also has been specially customized with a motorcycle-like gear shift which, when pulled, sprays a flammable propellant across the spear and opponent, greatly increasing the power of its blows. This system, known as "Exceed", can be revved up to four times, and can be released either in one incredibly powerful strike, or as three lesser, but still strong, blows. This system is also strong enough for Axel to be able to use it as a jet.

Being created by the memebers of the Doll house Axel or his real name Subject 23 main purpose was to be the clone of the Preist Jin Alexander. Their goal was to bring forth Trigon an Oni that was sealed long ago, but with the help and blood of Subject 23 they would be able to free the said Oni. One scientesit discovers Jin's blood-tarnished clothing/ Realizing what he has found, he collects a sample of this blood and turns it in to wealthy industrialist Doll House who prepares to pay the priest handsomely. The blood sample is processed by The Doll house's team of scientists and a clone is born. 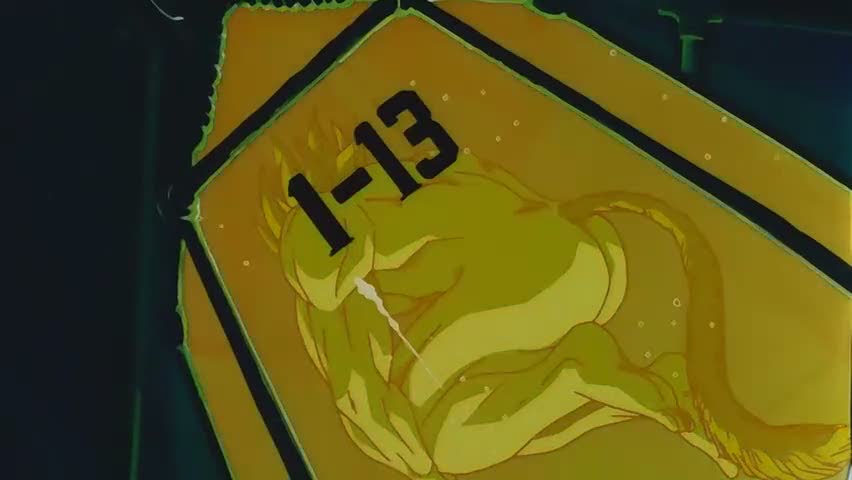 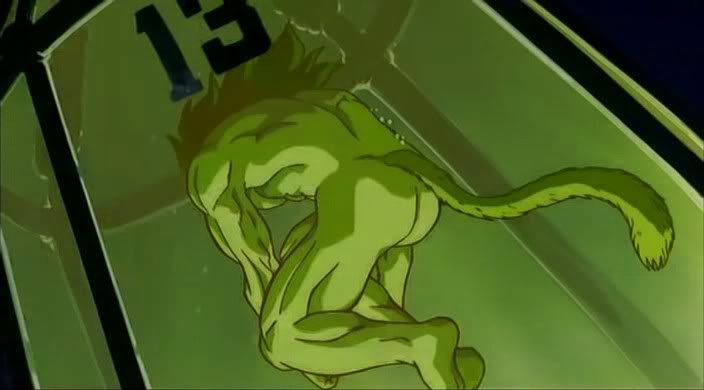 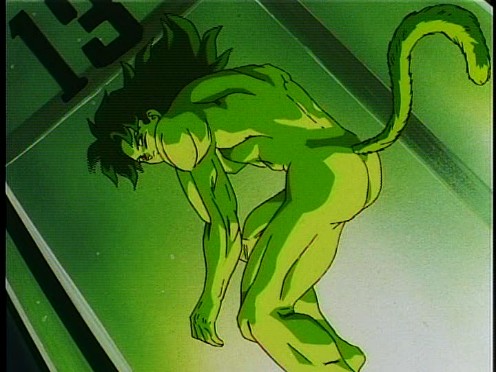 ( THIS CAN ONLY BE EDITED BY AN ADMIN but your more then welcome to take a look. )

Retrieved from "https://yakuza-mob-roleplay.fandom.com/wiki/Axel_Alexander?oldid=42987"
Community content is available under CC-BY-SA unless otherwise noted.