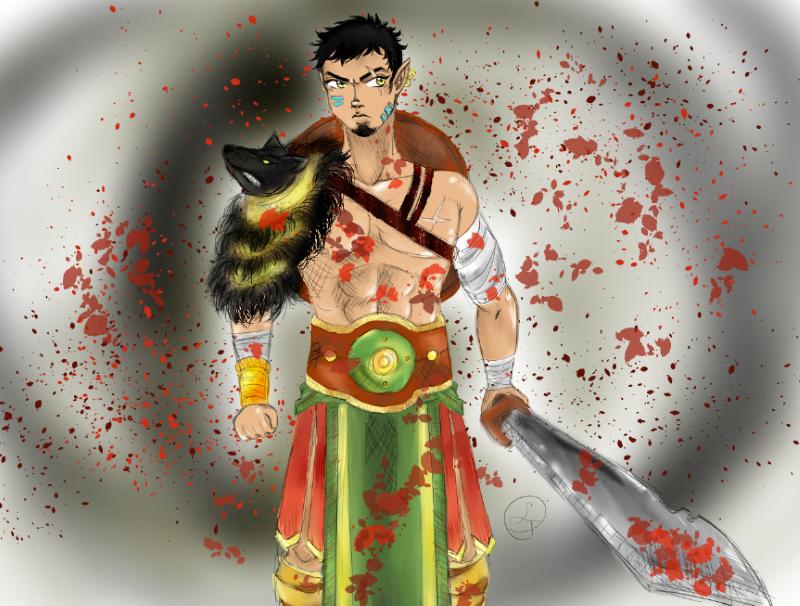 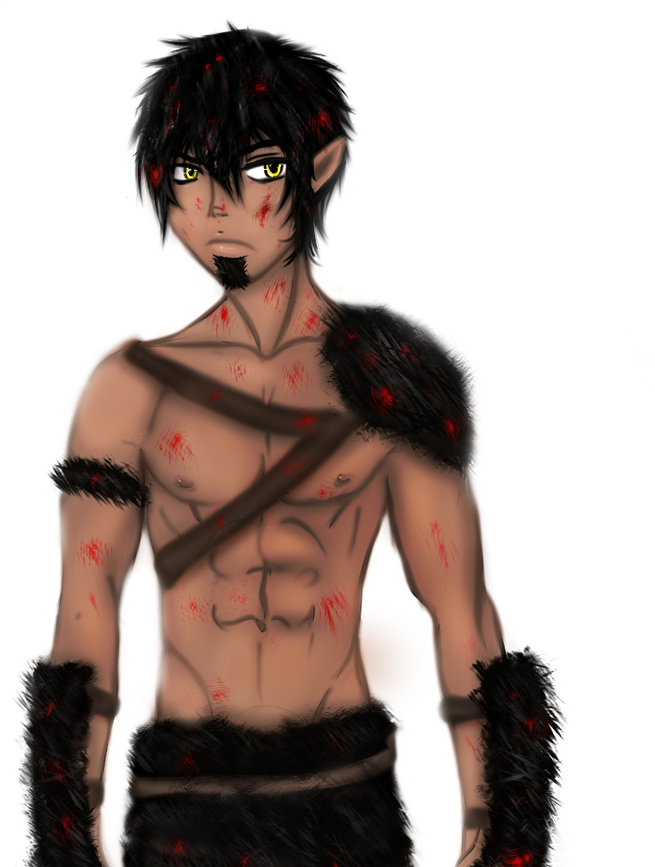 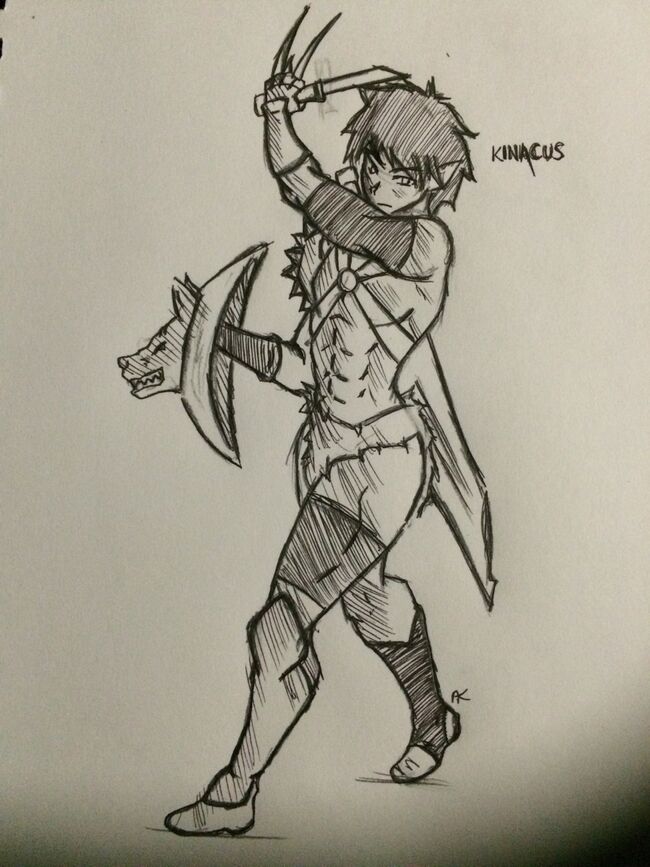 The Story of The Savage King starts as a humble one. A young boy known as Kin Tasanagi was born from a Yakuza members known as Keyth Tasanagi and a Shrine Maiden to the God Tsukiyomi. Her name was Kyoko Kita.

At a young age Kin was exposed to the world of violence. His father was taken away from him young, and soon his friends and families followed in death. With each death faced he grew stronger. Each battle he won he had something he lost. With everything taken from him, He's nothing to lose for quite sometime.

Until he found out that his daughter Keiko Tasanagi still lives. Now... with this knowledge he will stop at nothing. Untill his daughter is within his arms. And will destroy anything and anyone that gets in his way. 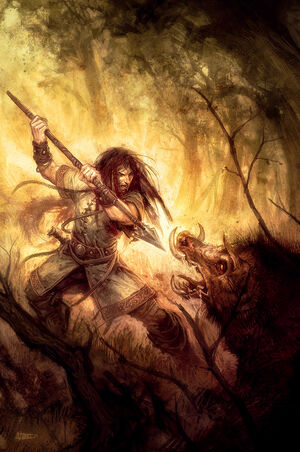 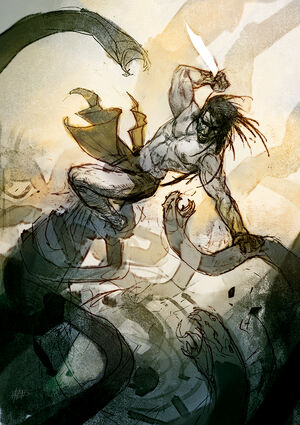 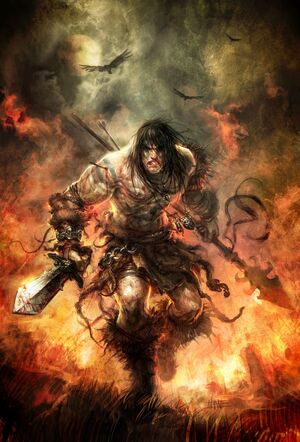 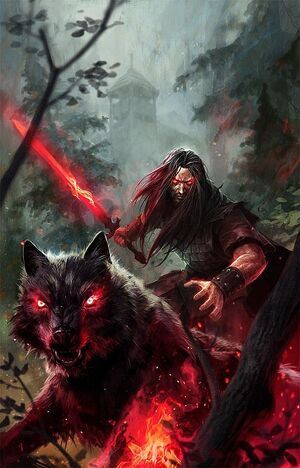 After years of captivity and torture. Kin has once again evolved into another level of maturity. His wisdom shows now. No longer speaking out of term, he rarely speaks when he isnt spoken to. He'd give you ghoulish stares, and with his wolfblood Physiology Aka Onihoruda Physiology and his The Killian Physiology coursing through his veins. His body is well attuuned with the demon within now and controls it easily. His power has increased to that level of when Okami had been within his soul.

He's proud but humble to those that deserve it. He still has a feral nature to him. He may have grown into a man. But he's still a beast at heart and will let it show by getting violent when angered and growling and barking at things.

His voice has grown hoarse and deep. Example being riddicks voice in the video below.

(in ancient Rome) a person, often a slave or captive, who was armed with a sword or other weapon and compelled to fight to the death in a public arena against another person or a wild animal, for the entertainment of the spectators. 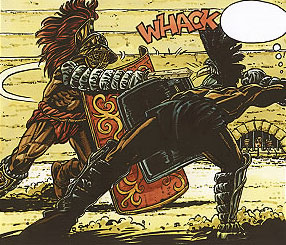 Add a photo to this gallery
Edit

Thraex is a gladiator fighting style representing the Thracian enemies of Rome. The style was adopted sometime around 200BC as a replacement for the Gallus style, when Gaul became part of the Roman Empire thus making it 'politically incorrect' to portray allies as enemies.

The Thraex is armed with:

The Thraex fighting style was suited for men who had long and toned bodies, resembling the tall and slender Thracian warrior. They fight with a fast paced and agile style that well matches the slower but heavily armored Murmillo.The smaller parmula shield allows for the Thraex to move at a greater speed than an opponent carrying the larger scutum, while still remaining protected. The sica sword allows them to hook onto an enemy's shield and pull it out of the way, to then thrust at their opponent's exposed body. The arm guard worn on the striking arm allows the Thraex to attack without worrying about losing that arm. 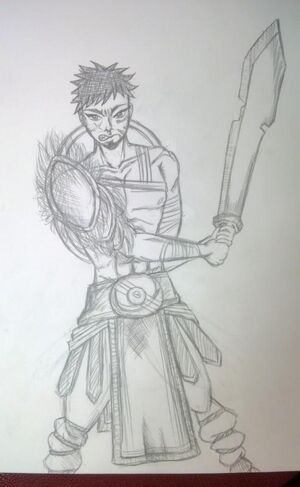 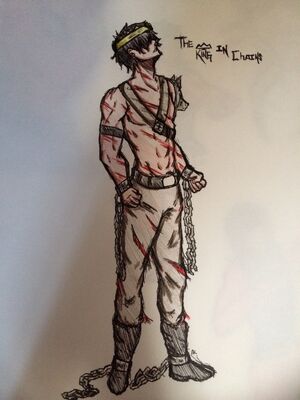 Self-Teaching himself on Military tactics Kin has masterd all forms and arts of war.

Retrieved from "https://yakuza-mob-roleplay.fandom.com/wiki/%22_The_Savage_King_%22_Kin_Tasanagi?oldid=50386"
Community content is available under CC-BY-SA unless otherwise noted.